GOOD NEWS: Jeb Bush Is Thinking of Sabotaging the GOP

Ironically, Jeb Bush might be the one to blow up the Republican party. It’s been on life support under Barack Obama anyway, why not commit suicide?

A Politico article on Wednesday has the Establishment cheer-to-the-throne Jeb Bush considering blowing up the Republican party and doing what they’ve been accusing Donald Trump of planning. If Trump is the candidate, Bush might not support him.

He’s going to break his pledge. If he does that publicly, it’s a character flaw.

He took the pledge:

Two campaign sources say that calling Trump the chaos candidate and saying he has “crazy” ideas about foreign policy isn’t the end of this new tough candidate. He’s going to go much further, including the possibility of making a “clear break with Trump”, stating that “if Trump were the nominee, Bush would not support him.” 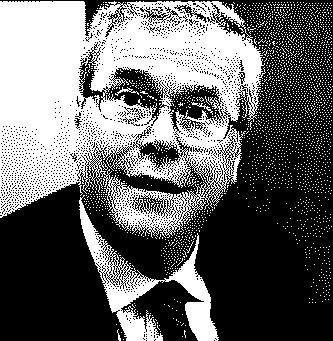 Just the fact that Bush’s people are talking to Politico should prove that they are on the wrong team. Bush should be running a primary against Hillary.

Bush must have rehearsed that line along with a few others but it didn’t work coming from him.

The option might be on the table as he looks into whether or not it will disqualify him from some GOP state primary ballots, the Bush peeps said.

Jeb Bush doesn’t take well to losing and has had an axe to grind with Rubio as well for daring to run when it was Bush’s turn. Bush supported Rubio for the House speakership in Florida and for the Senate but he expected him to not run out of loyalty.

Why doesn’t Bush just live up to the ideals of the Republican party to get votes? He’s the elites’ favorite? Need I say more.

The hypocrisy is quite remarkable. Didn’t the Establishment insist that we all vote for their chosen candidates even if we have to hold our nose while voting? Weren’t they the ones who insisted Trump sign a pledge that he wouldn’t run a third party?

When conservatives supported McCain, he chose to run a poor campaign, ignoring Rev. Wright and Obama’s Marxist background. When Romney ran, he let his campaign die after the first debate. Some of these so-called Republicans vote with the Democrats more than they do with Conservatives. This latest spending bill has nothing for Conservatives but tons of goodies for Nancy Pelosi.

GOP donors and the Chamber of Commerce have been talking of bolting too. Trump is answerable to no one and that has to be problematic for the corporate welfare bottom feeders. Some said they’d vote for Hillary. She would keep the status quo for these guys.

They say Trump is crazy but he’s in the lead so he must be crazy as a fox.

A lot of people believe Trump is the only one who will actually save the country. He’s the one promising to stop the onslaught of socialism, refugee Democrats and illegal alien Democrats.

The GOP elites believe Trump at the top of the ticket will wipeout the Senate and House.

They’re wiping themselves out. The poor dears don’t understand that 65% of the party doesn’t like the candidates they’ve chosen to rule.

!Jeb is el done-o.The problem is,not only couldn't he figure out how to run a conservative campaign,he doesn't have the good grace to know when it's over.He and the pundits he rode in on will never have the influence they thought they had.Will anybody listen to Krauthammer or Will with the same regard again?Or does the base understand the pundits were never really with you,and never shared your interest in real conservatism?

Who is this Jeb of which you speak?

Shoe's on the other foot now, GOPe. Better support the nominee or face disaster. How's that feel?