Three Chicago-area Democrat state legislators have introduced a resolution petitioning the Supreme Court to overturn its Heller ruling, which found that the Second Amendment (like the rest of the Bill of Rights) applies to individuals, not some collective. 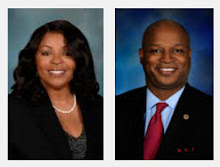 Representatives Emanuel Welch, Pamela Reaves-Harris, and Jaime Andrade, Jr. are behind the resolution and claim that Chicago's epidemic of gun violence is due to insufficient gun control laws, claiming that "The Heller decision and other pro-firearm industry court rulings have resulted in a proliferation of guns in numerous communities and have diminished the security and freedom of our citizens to enjoy a life free of gun violence.”

The representatives fail to explain how Chicago, which historically has the most restrictive gun laws in the United States, has seen more than 2,000 people shot in 2015 alone, almost all of the violence gang- and drug-related shootings. The resolution, which reads as though it was crafted by an enemy of America, reads as follows:

2 WHEREAS, Gun violence is an ever present problem in the
3 State, as well as nationwide; an example of which is 8 persons
4 dying in Chicago in one week in October due to gun violence;
5 and

6 WHEREAS, In the past few years, court rulings, including
7 the United States Supreme Court in District of Columbia V.
8 Heller, in interpreting the Second Amendment to the United
9 States Constitution have overturned long standing precedent,
10 which had supported state and local authority to deny gun
11 possession when necessary to promote and protect public safety;
12 in order to reach its decision, the 5 member majority of the
13 United States Supreme Court either ignored or misinterpreted
14 much of the clear and plain wording of the Second Amendment;
15 and

16 WHEREAS, As stated by U.S. Supreme Court Justice Stevens in
17 his well-thought out dissent on behalf of 4 Justices in Heller:
18 "The Second Amendment was adopted to protect the right of the
19 people of each of the several States to maintain a
20 well-regulated militia. It was a response to concerns raised
21 during ratification of the Constitution that the power of
22 Congress to disarm the state militias and create a national
23 standing army posed an intolerable threat to the sovereignty of

1 the several States. Neither the text of the Amendment nor the
2 arguments advanced by its proponents evidenced the slightest
3 interest in limiting any legislature's authority to regulate
4 private civilian uses of firearms. Specifically, there is no
5 indication that the Framers of the Amendment intended to
6 enshrine the common-law right of self-defense in the
7 Constitution."; rather the Second Amendment's original purpose
8 was to act as a check on federal gun-making policy, not to
9 prevent individual states from creating gun policy as they saw
10 fit; and

11 WHEREAS, The legal view of the Second Amendment as a
12 collective, militia right, and not an individual right, held
13 for over 200 years until the Heller decision in 2008, which
14 invalidated a law barring individuals from possessing a handgun
15 not registered before the law took effect and annual
16 registrations for the remaining handguns; and

17 WHEREAS, The Heller decision and other pro-firearm
18 industry court rulings have resulted in a proliferation of guns
19 in numerous communities and have diminished the security and
20 freedom of our citizens to enjoy a life free of gun violence;
21 living with the fear of gun violence is contrary to living in a
22 free society; high levels of gun violence are a threat to the
23 security of whole communities; and

1 WHEREAS, The cost of gun violence has been pushed onto
2 everyone except the people and companies that produce and sell
3 firearms; the firearms industry benefits financially when more
4 guns are sold; more firearms in circulation leads to more gun
5 crimes, homicides, and suicides to the extent that gun-related
6 deaths will soon exceed the number of deaths in automotive
7 crashes; but the Heller decision effectively said that most of
8 the Second Amendment should be disregarded in favor of the part
9 that is most profitable to the firearms industry, "the right of
10 the people to keep and bear arms shall not be infringed"; and

11 WHEREAS, Throughout the history of the United States,
12 federal and state laws have regularly placed restrictions on
13 who can legally own, possess, and use firearms; even prior to
14 the ratification of the U.S. Constitution, gun control laws
15 were enacted; therefore laws restricting gun access are not
16 anomalous to American law; and

17 WHEREAS, Before these court decisions, state legislatures
18 had been able to pass laws restricting gun access if it was in
19 the best interests of public safety; therefore, be it

20 RESOLVED, BY THE HOUSE OF REPRESENTATIVES OF THE
21 NINETY-NINTH GENERAL ASSEMBLY OF THE STATE OF ILLINOIS, that we
22 urge the courts, especially the United States Supreme Court, to
23 restore interpretation of the Second Amendment as a right

1 afforded to state-sponsored militias that as Justice Stevens
2 stated in his Heller dissent, " ... it does not curtail the
3 Legislature's power to regulate the non-military use and
4 ownership of weapons ... ".

It is also certain that none of these Democrats are familiar with the nation's founding or even the one of the nation's most critical founders, George Mason. Mason helped craft the Second Amendment that assures every law-abiding American citizen can keep and bear arms. During the Virginia ratifying convention in 1778, Mason clearly explained, “I ask, Sir, what is the militia? It is the whole people. To disarm the people is the best and most effectual way to enslave them.”

You can't have a militia without an armed citizenry. The Second Amendment guarantees the citizens the right to protect themselves, their families, and their homesteads, no matter what some hack Socialist Democrat has to say about it.

You can't cure stupid, but you can be made aware of tyrants and wanna be dictators.

Time to string 'em up! This tyranny has got to be nipped in the bud.

Civil war is coming. We are || THIS close.

I think we can all agree that the cause of our horrible gun violence problem is guns in the hands of criminals. Therefore, we plan on passing a law to make more innocent people into criminals by making it illegal for them to defend themselves.

What? The criminals who have guns are already breaking the law? You want us to go after them? Are you crazy? They're criminals! What kind of crazy person are you? Why should we enforce existing laws when we can go after nice, quiet law-abiding citizens who won't fight back and who we can tax into poverty?

IN shitcago, I know for a fact they have a THUG PROBLEM not a gunproblem

Whereas,these legislators have shown their complete and total ignorance of the law in general and the Constitution in particular,we petition that they be removed from public office and prevented from ever holding public office again as their concept of governance is to advocate policies representing a clear and present danger to themselves and others.
When do we start the recall.

Let them try it,it helps to know who the enemy's are, and where they live. They cannot encroach on our freedoms without revealing who they are. These are the people who should be the first to pay the price once the house to house gun confiscation begins. And the best part of it is they will be unarmed.

The reason these people are going after guns is because they can't admit that their policies are responsible for the violence. They have destroyed the black family unit and that is the root cause of all this violence, not the presence of guns.

Those brilliant liberals and their policies just couldn't be responsible, it must be something else.

PS. for all those Republicans that don't want to talk about the "Social Issues". We now have an object lesson in Chicago on the effect of ceding those social issues to liberals.

We do not need gun control. Segments or our population need SELF control.

Exactly what part of "the right of the people to keep and bear Arms, shall not be infringed" do they not understand? A militia is raised from the people whom would need to be armed should that situation arise. It is not the Military nor, in my opinion, is it the national Guard, it is the Citizen who is called upon in times of emergency or tyranny to defend the Republic. The issue in my mind is the phrase "well regulated", to the Progressive this means control as in Government regulation. Name one thing they do not wish to control. To the normal Citizen it means working well as in a clock or machine is well regulated. The right of the people to keep and bear arms is required to populate a functional militia. If the people were unarmed there would be not much point and it certainly would not be working properly.