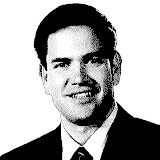 Senate bill 153, the Immigration Innovation Act (or I-Squared), led by Sen. Marco Rubio (R-FL), would allow for virtually unlimited Muslim immigration into the United States. Several of Rubio's most prominent financial backers are among the bill's boosters. Rubio's campaign theme, "A New American Century," employs a euphemism commonly used to describe demographic transformation of the United States brought about by immigration.

A recent Pew Research report found that "nearly all Muslims in Afghanistan (99%) and most in Iraq (91%) and Pakistan (84%) support sharia law as official law."

According to Fox News' Chad Pergram, Speaker Paul Ryan (R-WI) and House Republicans are gearing up to attach a proposal to the omnibus spending bill that gives Barack Obama a blank check, empowering him to bring in an unlimited number of refugees. 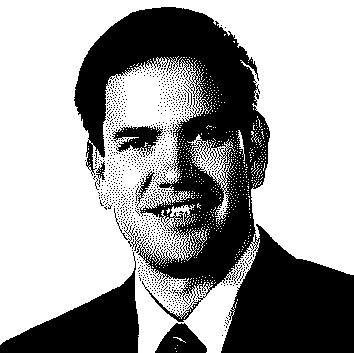 Andrew McCarthy has warned about the continued admission of "assimilation-resistant Muslims," writing:

"As we are seeing in France, and have seen elsewhere in Europe and the Middle East, jihadism thrives when it has a support system of sharia-adherent Muslims. In Europe this means - as it would mean here - enclaves of assimilation-resistant Muslims... it is from the assimilation-resistance Islamic communities that future ‘homegrown' jihadists will emerge - and that is apart from the material and moral support jihadists get from like-minded Islamists in these communities."

The San Bernardino terrorist attack, killing 14 and wounding 17 others, was only possible due to Muslim immigration. Reportedly, Syed Farook is the child of Pakistani immigrants, and his jihadi bride, Tashfeen Malik, was born in Pakistan; all apparently "assimilation-resistant."

The motivations of Sen. Rubio, Rep. Ryan and other members of the Republican establishment are clear; to pay back their wealthy corporate or individual donors, who own them, with cheap imported labor, whether that is engineers or landscapers.

For the fifty million unemployed, the Republican establishment/Obama plan will only reduce wages, lower job opportunities, and make it harder for all struggling Americans to make ends meet.

According to a new Pew study, under Obama, the middle class in America has declined and no longer constitutes a majority - "after more than four decades of serving as the nation's economic majority, the American middle class is now matched in number by those in the economic tiers above and below it." Pew found that the "share of American adults living in middle-income households has fallen from 61% in 1971 to 50% in 2015. The share living in the upper-income tier rose from 14% to 21% over the same period. Meanwhile, the share in the lower-income tier increased from 25% to 29%."

So much for the Middle Class, America's engine of democracy, decimated by Republican-Obama collusion.

Alternatively, the Democrats seem to have an Islamo-Marxist problem.

Today, as the threat of violent jihad in the United States increases, listless Obama and his administration of coffeehouse communists and apologists for radical Islam are joined by a limp-wristed and hysterical media in a chorus of nervous verbal hand-wringing over, not Islamic terrorism, but the "real" danger of Islamophobia.

Although their motivations are different, fundamentalist Islam and the political left are both devoted to totalitarianism, have a shared hatred of Western civilization and Judeo-Christian democracy and are determined to extinguish liberty and subjugate the individual, either to Sharia or the state.

Those in touch with reality or not consumed by mindless ideology will know that Sharia or Islamic Law is not merely a set of religious guidelines, but a comprehensive list of regulations governing nearly every aspect of life including what one consumes, what type of music is permissible, how financial affairs are conducted and even rules regarding a woman's menstrual cycle.

Hillary supporters, who might wish to rethink her romance with Islam, should note that, under Sharia, aborting the fetus is forbidden. It is permissible when the pregnancy poses danger to the mother's life, but only before the soul has entered the fetus. Should the spirit enter the fetus, as determined by a male Islamic cleric, it is not permissible to abort it, even if the pregnancy spells danger to the mother's life. It is not permissible to have an abortion merely because of economic problems, to abort the fetus at any stage because the fetus is deformed, to abort a fetus for future difficulties the born child might encounter, or to abort the fetus conceived in adultery.

Except for the galactically stupid, Sharia is clearly incompatible with the Constitution and if Muslims choose to live in the United States, they will need to renounce all public practice of its tenets; that is, American assimilation.

In November of 1934, Winston Churchill made a stirring speech in the British House of Commons demanding an increase in military expenditures to counter the growing threat from Nazi Germany: "To urge preparation of defense is not to assert the imminence of war..."

"The real danger to this country is Winston. He is the warmonger, not Hitler."

In essence, Chamberlain was accusing Churchill of "Hitlerophobia," that, by preparing to defend itself, Britain would only make Nazi Germany more aggressive.

In other words, in vulnerability, there is strength.

We know how that turned out.

There REALLY isn't much good you can say about Marco.... well, other than "Goodbye."