WHO TOLD THEM TO STAND DOWN? Military Was Set to Launch Benghazi Counterattack Within 40 Minutes

Ironclad evidence that the Pentagon was prepared to rescue Ambassador Chris Stevens and other diplomatic personnel in Benghazi, Libya has emerged.

The newly released email completely contradicts "the claim from Hillary [Clinton] and Leon Panetta that no forces were available and within reach to provide help to the compound that was under siege."

The billion dollar question remains: was it Hillary Clinton, Barack Obama, or Valerie Jarrett who gave the order to stand down?

As the attack on the U.S. consulate in Benghazi was unfolding, a high-ranking Pentagon official urgently messaged Secretary of State Hillary Clinton’s top deputies to offer military help, according to an email obtained by Judicial Watch. 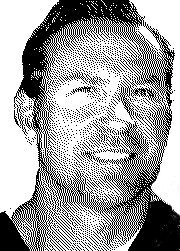 The revelation appears to contradict testimony Defense Secretary Leon Panetta gave lawmakers in 2013, when he said there was no time to get forces to the scene in Libya, where four Americans were killed, including U.S. Ambassador to Libya Christopher Stevens.

“I just tried you on the phone but you were all in with S [apparent reference to then-Secretary of State Hillary Clinton],” reads the email, from Panetta’s chief of staff Jeremy Bash. “After consulting with General Dempsey, General Ham and the Joint Staff, we have identified the forces that could move to Benghazi. They are spinning up as we speak.”

" ... we have identified the forces that could move to Benghazi. They are spinning up as we speak.” -- Jeremy Bash, Pentagon chief of staff

The email was sent out at 7:19 p.m. ET on Sept. 11, 2012, in the early stages of the eight-hour siege that also claimed the lives of Foreign Service Information Management Officer Sean Smith and two former Navy SEALs, Ty Woods and Glen Doherty, private CIA contractors who raced to the aid of embattled State Department workers.

So it's clear that Hillary Clinton, Barack Obama and co-President Valerie Jarrett all had the information that the terrorist attack had begun, a Defense Department response was underway, and that one or more of them ordered the military to terminate their rescue attempts.

That order was a death sentence for two heroes, Ty Woods and Glen Doherty.

My guess is that we'll find out the truth about this matter and many others roughly 48 hours after Barack Obama leaves office.


Related: BENGHAZI ILLUSTRATED: Is THIS What Really Happened in the White House on 9/11/2012?

They couldn't do a rescue mission no matter what anybody but one person could say or do no matter who wanted to go rescue those guys or not. sonly one person in the entire chain of command possesses the authority to give the OK.
The Commander in Chief has to provide clear Cross Border Authority. And only the Commander in Chief.
That is why that rescue could not commit.
Cross Border Authority was witheld.

Probably too busy with Reggie's butt hole and a few lines of coke to be bothered.

When all is said and done, I'm sure the overwhelming evidence will be that it was an election year and the possibilities of troops taking casualties or the optics of sending troops into Libya when "al Qaeda was on the run" could potentially damage Obama's reelection. The Narcissist-in-Chief was thinking only of himself.

Nobody gave a stand down order. THere was just no-one who gave a "Go" order and the only person that could was Obama. He was too busy at a fundraiser to care about anything as quaint as American lives.