HILLARY AND THE U.N.: Your 2016 Democrat Running Mates 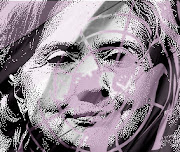 Islamic activists say 9/11 and San Bernardino were terrible — because of their effects on Muslims.

Over at the United Nations, they are laying the groundwork for the 2016 American presidential election — on behalf of the Democratic party. The perceived golden ticket? Playing the victim card. Wild and repeated accusations are being hurled against the GOP of systematic racism, xenophobia, and, in particular, “Islamophobia.”

On December 18, 2015, the U.N. hosted two panels under the title “The Changing Dynamics of Islamophobia and Its Implications on Peaceful and Inclusive Societies.”

The predominant theme was victimhood. There were frequent mentions of 9/11, but not of the 2,977 who died, or their families. The alleged victims of 9/11 of interest to the U.N. gathering were the entirety of American Muslims.

MuslimGirl.net editor Amani Al-Khatahtbeh told the U.N. audience: “I was in fourth grade when 9/11 happened. So I had to endure the height of Islamophobia during my formative years.” Wajahat Ali of Al Jazeera America said that 9/11 was “a baptism by fire. . . . As a result of that pain and trauma of 9/11, for my generation there is always a pre- and post-9/11.” 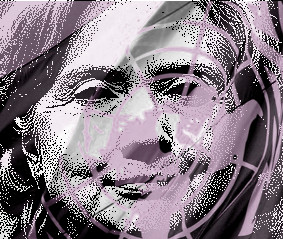 Each instance of radical Islamist terror was flipped the same way. Co-host Ufuk Gokcen, the U.N. representative of the Organization of Islamic Cooperation, had a long list of incidents bracketed by events in America: “9/11 terrorist attacks . . . and San Bernardino terrorist attacks. The level that Islamophobia has reached, and its mainstreaming into media and political discourse, is terrifying us.”

The idea was repeated in another form by his co-host, Sally Kader, head of the U.S. Federation for Middle East Peace, an NGO. She told the receptive crowd: “The FBI census on all the hate crime has always been against Jews, and, of course, blacks, and now we top everything. It’s about Muslims.”

Actually, the FBI census for 2014, released November 16, 2015, still found that 57 percent of anti-religious hate crimes were motivated by “anti-Jewish bias” and that 16 percent of victims were the object of “anti-Islamic (Muslim) bias.”

Then came the excuses. According to Joyce Dubensky, head of the Tanenbaum Center, “people talk about violent extremists and extremists as crazy. . . . I think that that’s an error. I think that’s a stereotype as well. They are also complex human beings, which is why we want to try to talk with them as well.”

One shudders to think of a meeting between Ms. Dubensky and Abu Bakr al-Baghdadi.

Scratch the surface of this latest batch of U.N. talking heads and the promotion of terrorism and anti-Semitism isn’t hard to find. The Muslimgirl.net site of Palestinian Al-Katahtbeh includes justifications of the “martyrdom” of Palestinian mothers and a drawing of the fashionable woman with a purse filled with knives, rocks, and a petrol bomb. Another speaker, journalist Haroon Moghul, wrote in the Huffington Post in January 2015 that he advocates terminating a Jewish state altogether: “A one-state solution . . . is the only option.”

Throughout the proceedings, one could have mistaken “impartial” U.N. New York headquarters for a Democratic political rally. Moghul was applauded for his political take on the GOP debate of December 15: “The Republican debate . . . was kind of terrifying and traumatizing,” and the GOP was “a political party that is increasingly indulging in open racism, antisemitism, and Islamophobia.”

Another crowd pleaser from the Al Jazeera America journalist was this: “If certain people with wavy hair became president . . . we might end up in concentration camps. We can brand it and call it Trump centers.”

So how did all this go down for the diplomat who represented the United States?

Here is Laurie Shestack Phipps when she took the microphone from the floor:

I’m from the U.S. Mission to the U.N., and I wanted to assure the audience and all the speakers that the U.S. government shares many of the concerns that you’ve expressed about the growing anti-Muslim discrimination in this country and around the world. . . . I did want to emphasize the position of the U.S. government very much in line with the focus of these two panels.

Remarkably, when this American diplomat could not manage to defend her country following hours of America-bashing — because her bosses don’t know the difference between humility and submission, or decorum and capitulation — she was put to shame by an Irish diplomat who could.

Concerns were expressed for the state of American religious pluralism, but isn’t it still incredibly more pluralistic? Where is the religious pluralism in some of the Muslim-majority lands? It just seems to me there is no pluralism whatever. Couldn’t it help to combat Islamophobia if greater diversity was promoted in those lands where the churches [a]re absolutely forbidden?

Moderator Kader revealed to American taxpayers what happened to some of their half billion dollars that were used to renovate the U.N. in Turtle Bay. The event wrapped up on early Friday afternoon by announcing Friday prayers. It turns out that a part of the U.N. building has been taken over, in Kader’s words, for “Muslims to pray.”

Anne Bayefsky is the Director of the Touro Institute on Human Rights and the Holocaust and President of Human Rights Voices. Follow her @AnneBayefsky.

The article mentions that 57% of the hate crimes due to religion were against Jews. It would really be interesting to know what percentage of the crimes against Jews were committed by Muslims. That would be interesting to know since many of the Muslim immigrants seem to have brought their hatred of Jews and Christians along with them when they came to our country to live.