RED ALERT: Paul Ryan Set to Hand Obama a Blank Check to Bring In an "Unlimited Number" of Islamic Refugees

A Saturday report from Fox News’ Chad Pergram lends support to the repeated warnings of Alabama Senators Sen. Richard Shelby (R-AL) and Sen. Jeff Sessions (R-AL) that Rep. Paul Ryan (R-WI) is preparing to issue President Obama a blank check in the year-end omnibus to admit Muslims refugees from across the globe. According to Pergram, the massive trillion-dollar omnibus is expected to be made public Monday and voted on Wednesday.

According to Pergram, House Republicans are gearing up to attach a proposal to the omnibus that has been decried by Sessions and others as empowering Obama to bring in an unlimited number of refugees. Pergram writes that the omnibus may include: “some combination language which tightens up the visa waiver program and bolsters a review of Syrian and Iraqi refugees coming to the U.S.”

The language “bolster a review of Syrian and Iraqi refugees,” appears to be a direct reference to the Ryan-McCaul proposal which passed the House on November 19 and was rebuked as a “show vote” that accomplished nothing other than allowing more Muslim refugees into the country. 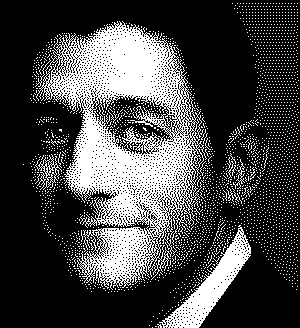 As Rich Lowry, Mark Levin, Jeff Sessions, and nonpartisan immigration control groups have explained, the Ryan-McCaul measure to screen Syrian and Iraqi refugees will not in any way halt Obama’s refugee resettlement operation. It ignores completely refugees from virtually all Muslim countries that have sent terrorists to America – such as Somalia, Bosnia and Uzbekistan – while still allowing the President to bring in as many Syrian refugees as he wants on top of that. According to a recent YouGov/Economist poll, 66% of women voters oppose bringing any Syrian Muslim refugees to the United States, meaning that the House plan which may be used to grease the skids for the omnibus, could further hurt the GOP with women voters.

Rep. Walter Jones (R-NC)’ office described Ryan’s legislation – which could be used as a sweetener to pass the Omnibus – as a “show vote on refugees… [that] would do nothing to cut off the funding for President Barack Obama’s plan to import tens of thousands of Middle Eastern refugees into the U.S.”

In a joint statement with Jeff Sessions, Shelby said that if Congress wants to halt the admission of Syrian migrants, “Congress must cancel the President’s blank refugee check and put Congress back in charge of the program.” Shelby explained that if Congress does not include any restrictive language to how the funds can be spent, Ryan’s “omnibus would put the U.S. on a path to approve admission for hundreds of thousands of migrants from a broad range of countries with jihadists movements over the next 12 months, on top of all the other autopilot annual immigration.”

According to a recent report from The Daily Signal, the House Freedom Caucus is not demanding Ryan block funding for refugee resettlement but are instead pushing for the very plan decried as a “show vote.” On the subject of immigration, the Signal notes that the pro-Ryan House Freedom Caucus is asking only that the omnibus include the aforementioned Ryan-McCaul “measure to toughen screenings of Syrian and Iraqi refugees”.

But, as Jeff Sessions stated in a scathing indictment of the Ryan-McCaul plan: “The current proposal being considered in the House in response to the President’s dangerous refugee plan…fails to defend the interests of the American people… the [House legislation] allows the President to continue to bring in as many refugees as he wants from anywhere in the world…The plain fact is that this bill transfers the prerogative from Congress to President Obama and ensures the President’s refugee resettlement initiative will continue unabated.”

Elsewhere Sessions has noted that the omnibus is likely to fund Sanctuary Cities, illegal alien resettlement and the President’s ongoing DACA executive amnesty.

All of nine of them voted to elect House Speaker Rep. Paul Ryan (R-WI), who has a two decade long history of pushing for open borders immigration policies.

We need to take a flamethrower to the rotten fucking bunch of them. They are traitors. I have no representation here in my Congressional district in Texas-my rep, Mike Conaway votes 100% of the time with the Republican leadership. He gets huge donations from the oil guys here in Midland, there is absolutely no chance he would ever be primaried. NEVER EVER-he's there as long as he wants-it's a GD gravy train for them and us pee-ons can go fuck ourselves.

Land of the free??? What a fucking joke that has become.
MM

As Speaker and now sporting an Aaron Rodgers' beard, Paul Ryan is pretty much doing what he wants to do to enrich his career financially - but what he doesn't understand is that just throwing passes does not make Rodgers a great QB; he has to have good team-mates and a good game plan.

If anyone thinks that Ryan's selection for Speaker was a "spur of the moment" decision, they are delusional. Don't for one minute think that this lousy selection had been planned all along. It was brought up a long time ago that Boehner was planning to "retire" soon, but he poo-pooed and lied about it until he was actually ready. He and the "Good ol' Boy's Club" along with Pelosi, Reid and Schumer and the GOP establishment leadership had Paul in the Speaker seat all along - because he goes along to get along and enables the Democrats' agenda. The "Freedom Caucus" - - - what a joke. They folded like a cheap suit. I am so disgusted with these traitors, I could do a primal scream 24/7 - but, I don't want the neighbors to call the men with the white jackets to come get me. What the traitorous politicians are getting away with is CRIMINAL. Hillary Clinton running for President? If that isn't the most disgusting thing I've ever heard of. She is a LIAR and a CRIMINAL and should be behind bars. Someone should make a bumper sticker that reads "Hillary for Imprisonment". She is a disgrace - as a person and public figure. The Uniparty (R's and D's) want her as president because status quo would remain and they will keep their cushy, profitable jobs with all the lobbyist perks, campaign donations, etc. What a sorry bunch of treasonous bastards they all are. Sickening.

We have all 3 posted...
Star Wars: The Force Awakens Trailers: