Here’s a meeting of the minds for you. There is no daylight whatsoever between the Wall Street Journal and The New York Times when it comes to Donald Trump.

Both become apoplectic when they hear his name.

And neither has any problem taking a dive into the sewer when the occasion calls for it. You could call this cheap mudslinging, but it only has the consistency of mud and smells much worse.

A word in passing: Every New York City builder who puts a shovel in the ground knows he couldn't do it if not for some accommodation with "the Mob." 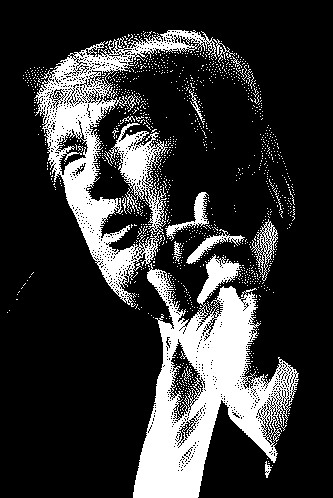 Trump and the Goodfellas

The presidential candidate says he didn’t know he was doing business with the mob.

Donald Trump says he’ll succeed as President because he has succeeded in business, so it’s appropriate to scour his business record. One area in particular that deserves scrutiny is his business relationship with companies controlled by the Mafia.

The reporting on this has so far been scanty, and we have no new revelations. But Mr. Trump was active in construction in the 1980s, when federal racketeering cases highlighted the influence that a “club” of mobsters exerted over large construction projects in New York City...

Say, perhaps the Journal should change its branding to "The Chamber of Commerce Journal", because that's precisely what it is.

And they honestly don't understand why Trump is so far ahead? Their fake poll numbers won't change a thing either.

WSJ taken over by liberal GOP Establishment .They now run many stories that bash Trump .. Imagine WSJ editorial page Saturday criticizing Trump for 1980s ties to the mob on a NYC building deal.. LOL This shows the power The elites have and will do anything to keep Trump from taking it away