In a Tuesday morning interview with radio host Bill Bennett, Rep. Paul Ryan (R-WI) defended his omnibus bill’s controversial expansion in the H-2B visa program, which would allow foreign workers to fill blue-collar American jobs, by arguing that if the provision were not included, American companies would be forced to shut their doors.


Bennett pressed Ryan on the details of the H-2B visa expansion, slipped 700-pages into Ryan’s 2,009-page omnibus spending bill—asking Ryan directly, “Do you believe there are not enough Americans to fill these jobs?”

Despite the nation’s high levels of unemployment and stagnating wages, Ryan continued on to assert, without offering evidence in support of his claim, that corporations are facing a shortage of labor, which rendered the provision necessary. Ryan said:

The reason that this was passed is because there was some seasonal surge jobs that they can’t find local workers to fill, like the seafood packaging industry in Chesapeake Bay. You have seafood season, you need people to package those things, to can them. In the North, we have the summer tourism industry. What it is is there’s seasonal industries where they can’t find local people to do the jobs: kids are already in college or things like that where you have a surge in workers.

Ryan explained that the provision was passed specifically “to help small business who cannot find labor when there’s a surge in demand for their labor like seafood processing, or tourism.” 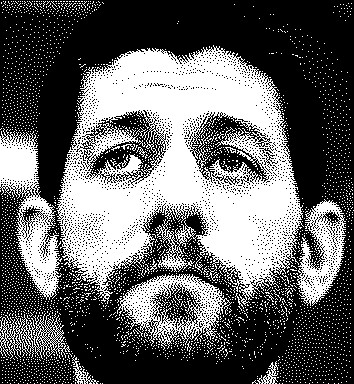 The data, however, demonstrates Ryan’s claim to be unsubstantiated. As Sen. Jeff Sessions (R-AL) has highlighted, the Economic Policy Institute has documented how, “wages were stagnant or declining for workers in all of the top 15 H-2B occupations between 2004 and 2014.”

Cries of so-called “labor shortages” are frequently invoked by corporations and immigration expansionist who want to see large increases in low-wage labor. As immigration attorney Ian Smith has explained, Ryan’s resurrection and expansion of the controversial provision in Sen. Marco Rubio (R-FL)’s Gang of Eight bill to increase guest-worker programs will disproportionately “hurt America’s most vulnerable workers” such as black workers, single women, the elderly, and first-generation immigrants.

While Ryan argues that more low-wage immigrant labor is needed to fill labor shortages, National Review’s Rich Lowry has previously declared, “The next time I hear a Republican strategist or a Republican politician say that there are jobs that Americans won’t do, that person should be shot, he should be hanged, he should be wrapped in a carpet and thrown in the Potomac River.”

Ryan’s push to expand immigration comes on top of the nation’s existing federal policy of autopilot visa dispensations. Under current policy, every day the U.S. brings in enough new immigrants to fill an overcrowded, metropolitan high school. Every week, the United States brings in enough new immigrants to fill the Staples Center, where the Los Angeles Lakers play. Every year, we add an immigrant population the size of Dallas. And every three years, the U.S. adds another entire city of Los Angeles, made up of foreign-born immigrants.

Ryan, however, seems to believe these numbers should be even bigger, even as the U.S. foreign-born population is already at an all-time high of 42.4 million.

Perhaps the most unusual aspect of Ryan’s using conservative talk radio platforms to make arguments for expanded immigration is that the Republican Party is now in the position of having an electorate that is almost universally opposed (92 percent according to Pew) to immigration increases, but it is led by a House Speaker who has a two-decade long history of pushing for higher rates of immigration. This means that one segment of the electorate, perhaps most in favor of immigration reductions, now has as its leader one of the politicians most associated with pushing for expanded immigration.

This seems to pose the same kind of stress as if the Democratic Party had nominated as its leader someone who wanted to eliminate social security.

As Breitbart News reported prior to Ryan’s election as House Speaker:

The fact that the political class, and punditry class, are fairly unified in pushing Ryan for Speaker demonstrates the double standard for how Republicans and Democrats are expected to choose leaders. No one has ever suggested that the Democrat conference elect leaders who oppose core progressive values—such as the ability to have abortions or protecting the benefit programs established by President Johnson’s Great Society… If the roles were reversed, and an anti-amnesty Democrat was working with Rep. Steve King (R-IA) to stop immigration [as Ryan has worked with Rep. Luis Gutierrez (D-IL) to expand immigration], there is no chance anyone in the media, the Democrat establishment, or the punditry would tell progressive activists to embrace an anti-amnesty Democrat Speaker.

In a Tuesday column, Conservative Review’s Daniel Horowitz highlighted the tension between the steadfast representation Democratic leaders give their progressive base as opposed to how Republican leaders seem to actively undermine the interests of their conservative base. Horowitz wrote, “Don’t you just wish the Democrats had their version of Paul Ryan leading them in the House and Senate?”

conmen at work. 94 million americans out of work and this lying pos expects us to believe that crap. nothing but a whore bought and paid for by the chamber of commerce.

a whore on the street has more morals than this piece of shit. how much does it take to turn a man into a cheap whore.

I hope paul ryan chocks on the shit sandwich he is trying to sell people.

At no point did Bennett challenge Ryan during that pitiful "interview". It sounded as if it was rehearsed. Bennett is another mattress for the GOP whores.

94 million Americans out of work??? Doubt that since that would be an unemployment rate of 25 to 30 percent [360 million people divided by 90 million and many of the first figure are children]. Get your facts from more reliable sources than internet blogs. A goodly percentage of those 94 million are retired workers [people are easily living into their seventies and eighties nowadays].

Corporate profits as % of GDP are at or near an all time high, and endless complaints of income inequality. I guess they want to bring everyone but the "enlightened" class down to a $35K annual salary.

Anyone with an ounce of sense knew it was nothing more then theater leading up to what the GOPe & the CofC wanted all along, which was to get our eyes off the Boehner ball and get Boehner v2.0 installed as Speaker.

He's a POS-he's got his now complete now with a high wall around his mansion. Us pee-ons can fuck off.

How Trump plans to work with McConnell and Ryan is going to bear close watching.
MM

Ryan must be removed. Calls to primary him are beginning in his WI-1st Congressjonal district. This effort has to be more than just primarying Ryan. This needs to be an effort to remove his political influence entirely. Ryan's district has a Republican component to it but, the majority is heavily democratic. Ryan cares nothing for his district. Ryan is a fascist same as the rest of the Washington establishment. Ending his political influence is absolutely necessary because he will only come back as a lobbyist spreading money around. Dump Ryan, yes! End Ryan's career totally!