As the government’s funding deadline approaches, Senior Appropriations Subcommittee Chairman Sen. Richard Shelby (R-AL) and Senate Judiciary Subcommittee Chairman Sen. Jeff Sessions (R-AL) warn that unless changes are made, “The omnibus [spending bill] would put the U.S. on a path to approve admission for hundreds of thousands of migrants from a broad range of countries with jihadists movements.”

As we near a vote on the year-end government funding bill, we believe it is essential that Congress take strong steps to restore the security and financial integrity of our immigration system. In recent months, we have seen immigrants in the United States implicated in terrorist activity hailing from countries including Uzbekistan, Kazakhstan, Somalia, Sudan, Ghana and Saudi Arabia, to name a few. The risk is not limited to Syrian migration, but encompasses a wide-range of countries and the ever-present threat of post-entry radicalization.

Congress must cancel the President’s blank refugee check and put Congress back in charge of the program. We cannot allow the President to unilaterally decide how many refugees he wishes to admit, nor continue to force taxpayers to pick up the tab for the tens of billions of unpaid-for welfare and entitlement costs. The omnibus would put the U.S. on a path to approve admission for hundreds of thousands of migrants from a broad range of countries with jihadists movements over the next 12 months, on top of all the other autopilot annual immigration – absent language to reduce the numbers.

The Senators assert that, as elected representatives, it is Congress’ “constitutional dut[y] to protect our nation and to establish uniform rules of immigration that safeguard the national interest.” 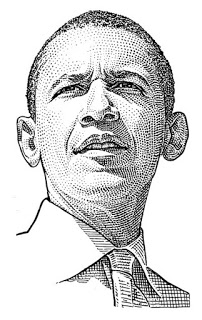 “We cannot continue to fund the operation of immigration policies and programs that hurt our own constituents,” the Senators write.

The Senators outlined several appropriations proposals related to immigration that would prioritize the interests of American people, such as:

While Sessions and Shelby have taken a firm stand against funding the President’s refugee resettlement operation and other immigration programs, recent reports suggest the House Freedom Caucus is willing to fully fund all of Obama’s refugee and immigration plans.

According to The Daily Signal, the House Freedom Caucus is asking only that the omnibus include the Ryan-McCaul “measure to toughen screenings of Syrian and Iraqi refugees”.

Prominent conservatives from Rich Lowry to Mark Levin, as well as immigration control groups like the Federation For American Immigration Reform, have all explained that Ryan’s bill will do nothing to halt Obama’s refugee resettlement operation.

In an earlier statement, Sessions observed that the legislation Ryan pushed through the House “allows the President to continue to bring in as many refugees as he wants from anywhere in the world.”

Ryan’s plan would also leave harmless all other countries sending to America refugee terrorists, like Somalia and Uzbekistan. Moreover, according to Sen. Sessions, Obama’s DREAMer amnesty, entitlement, and work permit program will be funded as well.

All of nine of them voted to elect House Speaker Rep. Paul Ryan (R-WI), who has a two decade long history of pushing for open borders immigration policies.

Ryan is worse than Boehner. Must be because he's sober all of the time and wants to further the Democrats' anti-America agenda.

The RNC is nothing more than a body of career politicians and is an organization that has repeatedly betrayed its GOP voting base.

The RNC backs, and controls, people like Boehner, McConnel, McCain and now Paul Ryan and Ryan has just pushed legislation through the House that “allows the President to continue to bring in as many refugees as he wants from anywhere in the world.” Now ain’t that a kick in the head.

Ryan’s plan would also leave harmless all other countries sending to America refugee terrorists, like Somalia and Uzbekistan. Moreover, according to Sen. Sessions, Obama’s DREAMer amnesty, entitlement, and work permit program will be funded as well.

One of the main reasons the RNC is doing everything they can to thwart the rise of Donald Trump is that they cannot control him and they want to continue to control EVERY Republican candidate. Donald Trump will negotiate, and compromise, but he will not be controlled.

The RNC has shown us, repeatedly, why we need a candidate who is not one of the "good ol' boys" and does not bow to their every whim. A candidate that will negotiate and compromise, but will not be controlled.

We need candidates, who understand the private and business sector AND the workings, and manipulations, of our government AND lethal threats to the United States.