CRUZ: Anyone else find it odd that Obama and Hillary support radical Islam while targeting law-abiding citizens?

I refuse to accept this as normal. We must take action to stop gun violence now. -H https://t.co/SkKglwQycb

Clinton tweeted, “I refuse to accept this as normal. We must take action to stop gun violence.” 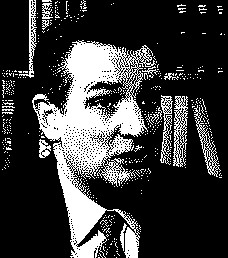 [Consider] Nidal Hasan. Now the Obama administration knew that Nidal Hasan was in contact with Anwar al Awlaki–a known radical Islamic cleric–they knew that he had inquired about the permissibility of waging jihad against American soldiers.

Yet they did nothing, apparently because it was politically incorrect [to intervene].

And as a result, Nidal Hasan murdered [13] innocent souls [at Fort Hood].

This is the consistent problem of the Obama administration is their approach over and over again is to focus on law-abiding citizens. What did President Obama, what did Hillary Clinton say after San Bernardino?

Let’s take away the Second Amendment right to keep and bear arms of law-abiding citizens.

That’s the wrong problem [with these Democrats] – we need to focus on the bad guys.

The fact is that EIGHT TERRORISTS were able to kill 130 UNARMED PEOPLE in Paris and wound over 130 UNARMED PEOPLE --60 of which were seriously wounded is very revealing. That is why Sheriffs all over America are telling Americans with Concealed Carry Licenses to make sure they are carrying any time they are out in public places ---and, if they don't have a Concealed Carry License to get one. The Liberals need to wake up. Gun Free zones are magnets for Terrorists for a reason! In most cases, the police arrive AFTER the shooting has occurred.

I have a sign that says, "You can have my gun only after I have run out of bullets!"