Another Day, Another Democrat Hack Spitting on the Constitution

Connecticut Gov. Dannel Malloy plans to sign the first executive order in the nation to ban the sales of guns to people on federal government watch lists.

"We intend to prevent, by executive order through my powers as governor, those on government watch lists from obtaining a permit to purchase a firearm in Connecticut," the Democratic governor said in a news conference Thursday.

That might pass muster if you'd been convicted of a crime.

If you're on a "watch list" you probably don't know you're on one, until you try to fly.  Then you can't.  After you bought the ticket, which is now forfeit.

There's no way to know. 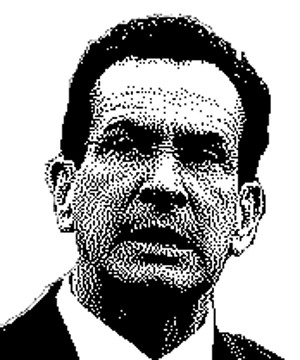 There's even a decent claim that you cannot continue said debilitation, but that's a debate for another day.  It is also entirely reasonable to temporarily suspend someone's rights under court supervision because once convicted you might be imprisoned (during which time certain constitutional rights are certainly suspended, but the responsibility attendant (e.g. the protection of your life) is subsumed by the State, but in this case there's no indictment either.

Yes, I know, Obama wants this sort of unconstitutional crap too.  He hasn't given a crap about the Constitution since the day he falsely swore his oath of orifice.

Those who take these acts have committed a non-act in fact and in law, and in addition involved in the "enforcement" of this non-law have both committed a federal felony under 18 USC 242 and a civil violation under 42 USC 1983.  So says, by the way, Norton .v. Shelby County (that is, the United States Supreme Court):

“An unconstitutional act is not law; it confers no rights; it imposes no duties; affords no protection; it creates no office; it is in legal contemplation, as inoperative as though it had never been passed.” Norton v. Shelby County, 118 U.S. 425 (1886)

If memory serves correctly, Ted Kennedy was on this list and had a difficult time getting his name removed.
There are people in this Country who need security clearances to get work, and others, because of new client load are required to pass Federal ID checks. This may weed out a few malcontents, but there will be many who will suffer economic consequences needlessly. Are you on the list? When they knock on your door you'll find out.

I wonder how this will work in practice. Are background checks performed by a state agency in the Nutmeg State, or do they go thru the NICS? If done locally will the state bureaucrats then be given access to the No-Fly list? If done by NICS how can a state governor dictate how the FBI conducts background checks? Is this just a "feel good" gesture to make the governor look good?