Last week President Obama addressed the nation in a rare Oval Office speech. The intent was to assuage concerns that the government isn’t doing enough to protect us from radicalized jihadists, like the couple in San Bernardino last week. But the speech may have raised more questions and apprehensions than provided answers or assurances. And perhaps the largest is in the language used to describe the threat.

The Levant includes some historically significant territory, including not just Syria, but the region referred to in Biblical times as Palestine. So ISIL includes the entire Fertile Crescent from the Persian Gulf through southern Iraq, Syria, Lebanon, Jordan, Israel, and northern Egypt. In other words, the entire region from the Taurus Mountains of Turkey in the North, the Mediterranean Sea on the west, the Tigris-Euphrates river system on the East.

Secretary of State uses a different term to identify the group. Since late last year Secretary John Kerry habitually has referred to them as Daesh. Perhaps just as incendiary as the president’s insistence on using the ISIL acronym, Daesh refers to the Arabic name of the group, ad-Dawlah al-Islāmiyah fī ‘l-ʿIrāq wa-sh-Shām. The Arabic version implies that the Islamic State is a worldwide caliphate, with Abu Bakr al-Baghdadi as its caliph. As a caliphate, it claims “religious, political and military authority over all Muslims worldwide, and that the legality of all emirates, groups, states, and organizations becomes null by the expansion of the khilāfah’s [caliphate’s] authority and arrival of its troops to their areas,” according to Washington Post foreign affairs writer, Ishaan Tharoor. 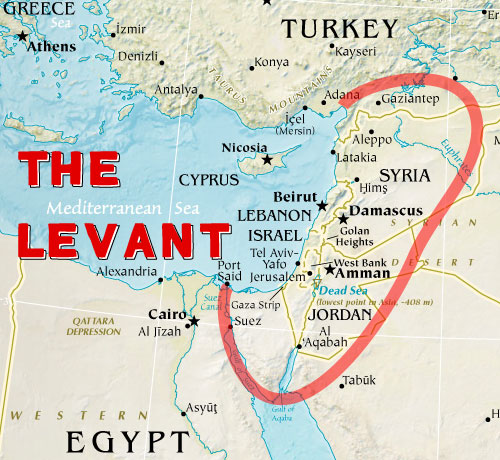 The significance of the terms the administration chooses to employ in referencing the group cannot be overstated. With Secretary Kerry’s Daesh (or Da’ish) he may presume to be ideologically neutral, since it doesn’t have the name “Islamic” in it, (at least an English transliteration). He may also use the term in part due to his French allegiance. France’s Foreign Minister Laurent Fabius has said, “This is a terrorist group and not a state. I do not recommend using the term Islamic State because it blurs the lines between Islam, Muslims and Islamists. The Arabs call it ‘Daesh’ and I will be calling them the ‘Daesh cutthroats’.” Perhaps they’re both being either obtuse or naïve, thinking they’re avoiding “Islamic” with the Daesh designation. But use of this term grants the group universal pertinence as a global caliphate.

The President’s insistence on using ISIL could well betray his perpetual downplaying of the influence, scope, motives, and successes of the terrorist group. After the withdrawal of U.S. troops from Iraq, the military vacuum in the country began to be filled by ISIS forces in Northern Iraq. The President called them “jayvee” terrorists at the time they initially encroached into Iraq. And even while repeatedly saying they were “contained,” they have expanded to include 20% of the 169,234 square mile country. To put that in context, California, the third largest state in the U.S., is 163,694 square miles, and the area of ISIS control in Iraq is equivalent to the size of the state of South Carolina.

Obama has been unrelenting in his denunciation of Israel, and unremitting in his criticism of its leadership. In the earliest days of his presidency, he made his now infamous “Cairo Speech,” where he referenced Israel’s “occupation” of Palestinian lands, and the “daily humiliation” and “intolerable” condition of the Palestinians. And it’s only gotten worse since then.

Several times over the past five years, Obama administration officials have leaked classified Israeli information regarding defensive measures and offensive plans related to Iran. The effect has been an unmistakable chilling of the relationship between Washington and Tel Aviv, as Washington’s objectives seem clearly at odds with the protection and preservation of the state of Israel.

Even the heralded Iran Nuclear deal was done over Israel’s objections, since it assures Iran will be nuclearized by year ten of the agreement, and Iran has vowed to “blow Israel off of the map.”

So is it coincidental that Obama uses the ISIL name intentionally to include the Levant, which includes Israel? Indubitably not. Even by his chosen appellation for the terrorist group, the President continues his denunciation, disavowal, and rejection of the state of Israel. And rather than graduating to the more geographically broad “Islamic State” name the group applies to itself, he has chosen to stick with their earlier iteration which conspicuously includes the land of Israel.

Not only does our president consistently understate our enemies, and fail to accurately identify them, but he has severe problems recognizing our primary ally in the region, and providing the support key allies should expect from one another. If we’re to ever succeed in vanquishing ISIS, it’s not going to be by alienating our allies and placing them increasingly at risk.

Words matter. And in foreign affairs, the symbolism employed by policy-makers through their word choice, are of immense significance, not just to our allies but to our enemies as well. Our enemies should not be emboldened, and our allies alienated by the language they use.

By using the term "ISIL", Hussein and his nefarious regime show their hatred for Israel and their support for any movement or action that targets and intends to destroy Israel.
Rush Limbaugh: Obama Says “ISIL” to Insult and Threaten Israel
http://www.thegatewaypundit.com/2015/12/rush-limbaugh-obama-says-isil-to-insult-and-threaten-israel/

But you, Israel, are My servant, Jacob whom I have chosen, the seed of Abraham, My friend; whom I have taken from the ends of the earth, and called you from its sides. And I said to you, You are My servant; I have chosen you, and not cast you away. Do not fear; for I am with you; be not dismayed; for I am your God. I will make you strong; yes, I will help you; yes, I will uphold you with the right hand of My righteousness. Behold, all those who were angered against you shall be ashamed and confounded; they shall be as nothing. And those who fight with you shall perish. (Isaiah 41:8-11)