These Are The Most Persecuted People in the World

The most persecuted group in the world today is Christians. Christians in Nigeria, Egypt, Syria and other nations are murdered, raped, kidnapped, enslaved and persecuted on a daily basis. The reason for the vast majority of all of this violence is that they are Christians among Muslims.

But their abuse does not stop with the violence. The perpetrators of violence are measured in the thousands, but the greatest abuse is at the hands of those who should demand that the violence stop. The silence in the face this persecution is denial and justification. The persecutors are few, but the deniers are in the billions.

Christians are enjoined to care for all persecuted people, but in particular, they are to care for their own brothers and sisters. They manage to ignore the persecution by doing good works, such as care for the poor. Christians have compassion but no courage to face the enemy who kills them. In Nashville, TN (the buckle on the Bible belt) the favorite indoor sport for those who should be dealing with the enemy, Islam, is going to Family of Abraham events and bridge building dialogues where they dance to the tune of Muslims. There is no problem of meeting with Islam, but the rules of engagement are that nothing will be said that offends Islam. 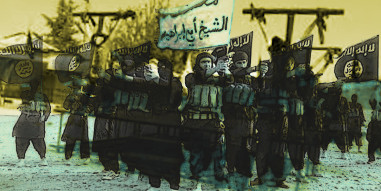 In the parable of the Good Samaritan, an injured man is on the side of the road. Two religious leaders pass him by on the other side of the road. They don’t harm the injured man, they just ignore him. This is the same thing that Christian leaders do at dialogues such as Family of Abraham. They meet with Muslims who adhere to a doctrine that includes killing Christians. But, the leaders will not bring up the Islamic persecution to them. The Christian leadership response to murder of their brothers and sisters is silence. They pass by on the other side of the road. Their silence is consent.

But Christians are not the only deniers. Normally, Jews are quick to step forward in the area of charity and support of victims, but not so with persecuted Christians. Some of this denial may be due to a dislike of Christianity, but Jews are no quicker to help their own.

If you go to thereligionofpeace.com you will find an amazing data base of jihad attacks since 9/11. The current number of attacks is in excess of 22,000 attacks. It is very instructive to parse the data and see what are the top four nations of jihad attacks. When you put the data on a per capita basis, you get the following countries: Israel, Thailand, Philippines and India. Or by religion: Jews, Buddhists, Christians and Hindus. So Jews are the victims of violence by Islam, but the Jews of America love to go to Family of Abraham events and be as silent as the Christians.

But what about the most sensitive victim group – the black American? Victim-ology is the dogma of a myriad black “civil rights” groups with their high priests of race hustles such as Al Sharpton. The most persecuted Christians are in Africa. But the civil rights hustlers of America just love to hang with Muslims as their brothers. All of those dead Africans? Not a problem for African Americans.

It is surprising how many Buddhists are being killed in jihad, but is it a surprise that Buddhists never talk about it? And aside from a few Hindu activists, never a word is heard from the Hindu community about their deaths by jihad.

The deaths in the Philippines are Catholics and what does Pope Francis say about Islam? He says,

Faced with disconcerting episodes of violent fundamentalism, our respect for true followers of Islam should lead us to avoid hateful generalizations, for authentic Islam and the proper reading of the Koran are opposed to every form of violence.

Oh, I see. Over 1400 years of Christian deaths at the hands of jihadists means that they were not true Muslims and that the 22,000 jihadic attacks since 9/11 are not authentic. The annihilation of Christianity in Turkey, Middle East and Africa is not the result of “proper reading of the Koran”. The Pope is the perfect candidate for magical thinking and idiot compassion. And notice the little hate speech riff: “avoid hateful generalizations”. Pope Francis, do you mean generalizations such as conclusions that result from reading the Koran, the Sunna, the Sharia and a 1400 year history of the murder of all kinds of Kafirs (non-Muslims)?

But, in his own way, Pope Francis is the leader of all Christians. He just happens to have on more elaborate clothing as he practices denial.

So, it turns out that Christians are not the most despised group of people in the world. They just happen to be the largest subgroup. The most despised group in the world is the victim of Islam. And whether it is a dead Christian congregation, a murdered apostate, a sad Muslim woman with FGM, or any other victim of jihad, no one will speak out for the victim and against the perpetrator. All leaders share in the shame of being ignorant cowards practicing idiot compassion.

How is this to stop? Well, being polite won’t help, because if polite worked, the problem would be solved. The key to our response is that we have the high moral ground. We must oppose the oppressor, Islam, and stand with the oppressed – Christians, Jews, Hindus, Buddhists and all others who are oppressed by jihad. Our opponents, the deniers, support the oppressor, Islam, and ignore and suppress the fate of the victims. The deniers are evil, period.

If you are a Christian, get some allies, and come up with a program about the persecuted church. The program could be bringing in some persecuted Christians, such as Copts, to speak to Sunday school classes or doing a long term study of the Armenian holocaust in 20th century Turkey. When you go to leadership, do not ask permission or make a request. Make demands and if those demands are not met, then some form of protest inside your church must be launched.

Stand up at services and protest, hand out brochures, do whatever it takes until “leadership” agrees to not pass by on the other side of the road and neglect the dead Christians. Point out their moral position is wrong and evil. Do not be shy. Ask them to use scripture to morally justify their denial and ignorance. Be respectful, but firm and do not stop until good prevails.

This is a moral battle and if you are not a Christian, you should do the same in other venues. A possible venue is the local media. Make demands to recognize the victims of jihad and if they are not met, make a protest. Public protest is a powerful tool for change. We must acknowledge the world’s largest human rights tragedy. Being nice is the road to civilizational annihilation.

What you have described is not Christian persecution, it is the persecution of any non-Muslim, regardless of their belief. Christians are included in this category, but it is not exclusively directed towards them, people of all other faiths and those who hold no faith also suffer at the hands of Islamic extremists. This is a VERY dishonest look at this situation.

If you actually read and actively understand...it says that Christians are the Largest Sub Group...so yes it is Christian persecution...they are the largest population there...and it has ALWAYS been Christian persection with ISLAM...the article also states "other groups" oppressed by jihad...Copts,Yazidis Buddhists, Hindus...there are not many of the latter actively living in the ME. So, no, it is Not 'very' dishonest..