Writing at Bloomberg (the news site, not the deranged, fascist ex-mayor), Tobin Harshaw reviews several new books that describe the rise of ISIS:

Abu Musab al-Zarqawi... would eventually become the most feared man in the Middle East ... In the insurrection after the toppling of Saddam Hussein, Zarqawi's al-Qaeda in Iraq announced itself to the world by blowing up the United Nations headquarters in Baghdad. Attacks on mosques in Baghdad, Karbala and Samarra inflamed sectarian tensions between Shiites and Sunnis. Video of his personal beheading of the American businessman Nick Berg in 2004 became a global viral hit, and the U.S. put out a $25 million bounty. He took to calling himself "sheikh of the slaughterers."

...He was killed in June 2006, when a U.S. F-16 bombed his safe house in eastern Iraq, and his followers found their fortunes soured. Sunni tribal chiefs in western Iraq turned on the terrorists, the so-called Anbar Awakening, and the U.S. undertook its troop surge of 2007. By the summer of 2010, the Pentagon reported that 34 of the top 42 the terrorist groups' leaders had been killed or captured. U.S. special operations forces had adapted to the hit-and-run nature of counterterrorism. "The commandos had found a way to get under the terrorists' skin," writes Warrick. "The insurgents were no longer the deadliest, most unpredictable force in Iraq. Now it was their turn to be afraid, and exposed." 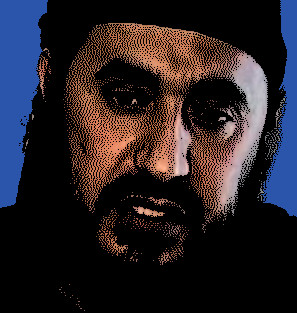 ...The nascent Islamic State also had a business plan, in 2009 releasing its "Strategic Plan for Reinforcing the Political Position of the Islamic State of Iraq."

...The report admitted that the group had faltered badly, but insisted that if the jihadists focused their fire on the inexperienced Iraqi army, the nation would quickly fall into chaos after the American withdrawal two years later[, an arbitrary date announced by Mr. Obama without discussion with military commanders]. Little did they realize that chaos on a much wider scale would soon give them a real chance to create their paradise on earth.

...[Defeating ISIS], in part, means not creating any more lawless places where terrorism thrives, as happened in Libya[, an arbitrary attack initiated by Ms. Clinton] where NATO used air power to help bring down the dictator Muammar Qaddafi but neglected to help rebuild the state. As the authors put it, "the only thing worse than a brutal dictator is no state at all."

In other words, the feckless behavior of Barack Obama and Hillary Clinton led directly to the rise of ISIS.

But, by all means, let's continue electing Democrats to run our military.

Caliphate + Iran nuclear-tipped ballistic missiles. What could go wrong for the west?

The Progressive Movement will forever have to carry the historical fact that they helped to resurrect the Islamist Caliphate and they refused to stand in the way of Iran developing nuclear weapons. History will also record that many establishment Republicans were not willing to use their power to obstruct Progressives when they had the opportunity.

Our elites have set the stage for a war in which millions will die and from which the US may never fully recover.