On the day of the deadly San Bernardino, Calif. massacre, President Obama ignored FBI-procured evidence that the attack was an Islamic terrorist operation and ordered federal officials to mislead the public about the true nature of the assault.

The news comes as investigator Phil Haney, who helped to create the Department of Homeland Security, revealed on Fox News that the government shut down a database he created that might have helped to prevent the attack. Haney says he looked into groups that had ties to Farook and Malik as far back as 2012. But civil rights officials accused him of unfairly profiling Muslims, removed his security clearance, and destroyed the data he collected. 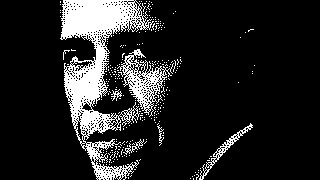 Meanwhile in the Oval Office, the official head-scratching over the events in San Bernardino continued. "[I]mmense political pressure was brought down on investigators to avoid using the term 'terrorism,' with Obama stating, 'It is possible that this is terrorist related, but we don’t know … It is also possible that this was workplace related.'”

President Obama blamed his favorite villains of late, gun-owning Americans, demanding "common sense gun safety laws" and a law blocking individuals on the "No Fly List" from legally purchasing firearms, a measure that would almost certainly violate the Constitution. Around the same time Attorney General Loretta Lynch took the offensive in trying to chill free discussion by publicly threatening to prosecute Americans for anti-Islam statements.

After the shooting, Obama met at the White House with the National Security Council, Lynch, and officials from the FBI, NSA, and Department of Homeland Security. There Obama directed the officials to downplay the role that terrorism played in the Dec. 2 assault, according to SOFREP, a news website for military and Special Operations veterans. The news report notes that such high-level meetings "are not held for mass shootings."

On Dec. 2, intelligence-gathering aircraft appeared to be surveying San Bernardino, the report seems to suggest. Such aircraft "don’t slurp up data from the skies over California unless the government is actively searching for other members of a terrorist cell. The same was done after the Boston bombings and the attempted Times Square bombing."

In the spirit of make-believe that has dominated the Obama presidency, especially in its twilight years, the administration's charade continued for days until it became increasingly obvious this was a jihadist attack. The news cycle keeps interfering with Obama's preferred narrative that under his watch Islamic terrorist groups are on the run.

According to a news report, federal investigators are on tenterhooks, anxious about getting in trouble for doing their jobs:

The FBI is said to be frightened of crossing the White House’s party line while they attempt to investigate the San Bernardino shootings. After 9/11, and the more recent attacks in Paris, law enforcement officials served warrants, investigated known associates, and did what they needed to do to gather evidence and make arrests. Now, the FBI is afraid of investigating the mosque Farook attended, as Obama’s priority seems to be avoiding anti-Muslim backlash. All Director Comey can do is plead with the White House to allow his agents to properly investigate the crime.

Obama has also said there is no intelligence showing that Farook and Malik received guidance or money from terrorist groups abroad. This reportedly contradicts the findings of the Department of Defense and Special Operations Command’s Threat Finance Agency which "has concluded that Malik and Farook most likely received funding from terrorists abroad ... [and] has issued alerts to the appropriate banking institutions to flag financial transitions from specific banks accounts."

Presumably, Obama is lying and downplaying the couple's terrorist connections so he can avoid ramping up anti-Islamic State efforts in the Middle East.

To recap what transpired on Dec. 2, the attackers in San Bernardino were killed hours after the assault in a shootout with police. Just before the attack, Malik reportedly used social media to pledge her allegiance to Islamic State leader Abu Bakr al-Baghdadi. Farook is thought to have previously made contact with several Muslim terrorist organizations. Days after the attack, Islamic State's official radio station praised the duo and described them as "supporters" of the group. When their rented townhouse in Redlands was searched, authorities found thousands of rounds of ammunition and a dozen pipe bombs. It was the "75th Islamist-inspired terrorist attack or plot in the U.S." since Sept. 11, 2001, according to the Heritage Foundation.

On the day of the attack, Obama and his allies at the terrorist-linked Council on American-Islamic Relations (CAIR) were on the same page. Both put significant resources into misinformation efforts aimed at exonerating Islam and its followers.

While the bodies of those sacrificed for jihad were still warm, CAIR began putting out word before much was known about the attack that Islam had absolutely nothing to do with it. They were joined by logorrheic pundits on TV who spent the afternoon that day speculating at length about the shooters, predictably blaming conservatives, Tea Party supporters, and militia groups.

As soon as Farook was publicly identified as a suspect, CAIR set up a presser for that evening.

"We don't know the motive," said Hussam Ayloush, the incurious executive director of CAIR's Los Angeles branch. "Is it work, rage-related? Is it mental illness? Is it extreme ideology? At this point it's really unknown to us and it is too soon for us to speculate."

Of course, there will never be enough evidence to convince CAIR or Political Islam's legions of useful idiots that America has an ongoing problem with Muslim terrorists that is growing more serious every day.