The Washington Post's Eugene Robinson seems to delight in the Republican Party's torment. In his latest column, Robinson was aghast that while GOP positions had once "dovetailed nicely with the views of business groups such as the U.S. Chamber of Commerce," now it has gone the other way with the populist revolt against proposals to give legal status to illegal immigrants and to increase immigration.

"The GOP electorate has changed; it's whiter, older, less educated and more blue collar than it used to be," wrote Robinson, a cosmopolitan citizen of the world. "Many of today's Republicans don't see globalization as an investment opportunity; they see it as a malevolent force that has dimmed their prospects. They don't see the shrinking of the white majority as natural demographic evolution; they see it as a threat." 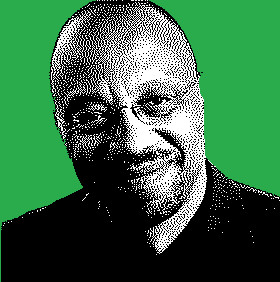 As I read this lament about the Republican slide to what Robinson sees as the loony right, I wondered if he has any idea how far his team, the Democrats, have moved to the reckless left. Does he know that the Democrats who today are committed to knocking down all limits on immigration used to be the party dedicated to defending the interests of the American worker?

I wondered if he remembers there was a time when Democratic Senator Walter Mondale, seeking a clear principle of immigration restraint, said, "My basic complaint is that we have a massive poverty population coming into the country virtually every day from Mexico."

I wondered if Robinson remembers that it was Democrat Peter Rodino of New Jersey who in the early 1970s sought to cut off illegal immigration at the worksite as he twice managed employer sanctions legislation to passage in the House of Representatives.

I wonder if he understands that the great Barbara Jordan, the liberal nationalist who directed the Clinton-era Commission on Immigration Reform, declared in her immigration-reform recommendations to Congress that:

Credibility in immigration policy can be summed up in one sentence: those who should get in, get in; those who should be kept out, are kept out; and those who should not be here will be required to leave. The top priorities for detention and removal, of course, are criminal aliens. But for the system to be credible, people actually have to be deported at the end of the process.

Finally, I wonder if Robinson understands how badly the Democrats have betrayed the interests of American workers – immigrants as well as native born – by favoring not only legal status for the undocumented but also a massive guest worker program. It was that abandonment of what used to be the party's bedrock values that in 2006 prompted Sen. Edward Kennedy to puckishly identify himself as "the spokesman for the Chamber of Commerce." I was a reporter back then, and I witnessed the stunning declaration myself.

Natural? He calls *that* natural...? He's just toying with us, right? Surely he can't be so ignorant of American immigration numbers (and I mean legal immigration) to think that this is just domestic population growth rather than a concerted and sustained government effort.