In a shocking interview in Foreign Policy Magazine, former Defense Secretary Chuck Hagel accused White House officials of trying to “destroy” him personally in his last days in office. The comments have sent a stream of commentary across Washington and suggest a further erosion of the President’s legacy on foreign policy.

Hagel resigned in late 2014 after he took issue with the administration’s decision-making process, and especially President Obama’s decision not to punish Syria for its use of chemical weapons, ordering the military to stand down on August 30, 2013. This came in the wake of the President’s declaration that the use of chemical weapons would be a “red line.” In Hagel’s view, he told Foreign Policy, “A president’s word is a big thing, and when the president says things, that’s a big deal.” Hagel’s critique of the decision-making process was covered in an earlier post.

According to the interview, Hagel had a “very good, positive relationship with the president,” and was deeply surprised when, after the resignation but before he had formally left office, unnamed administration officials made disparaging comments about Hagel, including a New York Times report that quoted officials citing his “passivity” and blamed him for failing to implement the decision to shut down the prison at Guantanamo Bay. 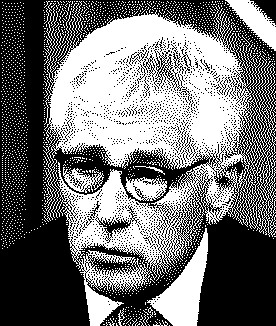 Although Hagel did not mention his accusers by name, Foreign Policy points the finger at National Security Adviser Susan Rice, who was closely tied to the President:

Although he does not identify her by name, Hagel’s criticisms are clearly aimed at Obama’s national security advisor, Susan Rice, and some of her staff. Hagel’s former aides, and former White House officials, say the defense secretary frequently butted heads with Rice over Syria policy and the U.S. military prison at Guantánamo.

This report comes on the same day when the White House is scrambling to address claims of further flip-flopping on Syria, and accusations of subordinating American positions to those of Russia and Iran. Earlier this week, Secretary of State John Kerry appeared to capitulate on the long-standing American demand that Assad leave Syria before any deal be reached. Earlier this month, the President made similarly ambiguous comments in his joint White House press conference with French President Francois Hollande. And in a press conference today, the President suggested that the US would “respect” Iran’s “equities” in Syria.

For his part, Hagel seemed surprised that the White House would disparage him after serving as Defense Secretary for two years:

They already had my resignation, so what was the point of just continuing to try to destroy me?… I don’t know what the purpose was. To this day, I’m still mystified by that. But I move forward. I’m proud of my service.

Why is he so surprised? He should have known that he was nothing but a tool for the white house as well as an escape goat.
Hagel was carefully selected due to his anti-Bush policy during the Bush years as well as other republican foreign policy issues/actions during the same years.

Hagel's purpose was to be the 'yes' man as all the others are; when his purpose ends - so does his reputation and employment!

As far as Syria - reading a more honest news site - the german paper of record reported about the UN-passed/approved 'peace plan' in which this white house and their stooges like Kerry et all - totally capitulated.
After all the blustering about the 'red line' followed by the call that Assad 'must' go and continue to go down that road finally ended what Russia said all along: Whether Assad stays or goes is not to be determined by this white house but only by the Syrian citizens after at a time of their choosing and democratic election.
Merkel - this presidents tool - was also told by her own national party/left that she must withdraw all the german soldiers who were sent to Syria in the past 2 months as well as their naval assets.

Putin totally checkmated this president and long face Kerry! Quite an embarrassment for the US as a country!

Hagel was a republican idiot who foolishly agreed to work for obama. Then he was surprised that he, an idiot, was micromanaged. Doh!