Christmas On The Cross


At Christmas 2015, we are victims of the enemy we have welcomed in our home.

Amel Shimoun Nona saw all this coming, and now it is upon us.

Amel Shimoun Nona is the Chaldean Catholic Archbishop of Mosul. When the Islamic State captured northern Iraq, it drove 30,000 Christians from the Nineveh plain where they had lived since not long after the time of Christ. In August 2014, Nona predicted that the same thing would happen to Christians in the West: “Our sufferings today,” he said, “are the prelude of those you, Europeans and Western Christians, will also suffer in the near future.” And now, as the few remaining Christians in the Middle East prepare to celebrate Christmas and hope that Muslims won’t murder them for doing so, that future is now.

Nona continued: “I lost my diocese. The physical setting of my apostolate has been occupied by Islamic radicals who want us converted or dead.” He explained that the West was making a grave error by assuming that Islam was a religion of peace that taught the equal dignity of all human beings:

Please, try to understand us. Your liberal and democratic principles are worth nothing here. You must consider again our reality in the Middle East, because you are welcoming in your countries an ever growing number of Muslims. Also you are in danger. You must take strong and courageous decisions, even at the cost of contradicting your principles. You think all men are equal, but that is not true: Islam does not say that all men are equal. Your values are not their values. If you do not understand this soon enough, you will become the victims of the enemy you have welcomed in your home.

You will become victims of the enemy you have welcomed in your home. Let’s see. In applying for a visa to enter the United States, Tashfeen Malik passed background checks from no fewer than five different U.S. government agencies. Her visa application was rushed through despite not having required documentation. Apparently U.S. officials looked upon her as the very definition of the “vetted moderate” whom Barack Obama wants so desperately not only to aid in Syria, but to bring to the United States in large numbers.

Tashfeen Malik would no doubt still be thought of as a valued and vetted moderate had she not helped her husband, Syed Rizwan Farook, murder fourteen non-Muslims in the cause of Islam and jihad at a Christmas party in San Bernardino, California on December 2. You will become victims of the enemy you have welcomed in your home. 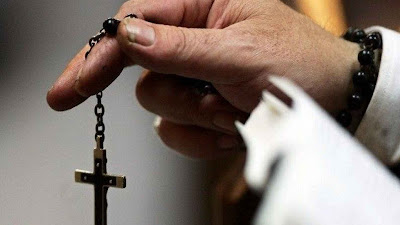 Several weeks before Tashfeen Malik revealed the value of Obama’s vetting process, Muslims murdered 130 people in Paris in the cause of Islam and jihad. French Prime Minister Manuel Valls revealed that some of the attackers had just come to Europe as refugees: “These individuals took advantage of the refugee crisis…of the chaos, perhaps, for some of them to slip in.” Of “the chaos, perhaps”? Perhaps. But that chaos was of European leaders’ own making, as they welcomed into Europe hundreds of thousands of Muslim refugees with no provision whatsoever for the possibility that there might be Islamic jihadis among them – even as Saudi Arabia had refused to take any of the refugees because of that very possibility. You will become victims of the enemy you have welcomed in your home.

In the face of this, Barack Obama has excoriated those who would restrict the entry of Muslim migrants as religious bigots. Donald Trump has been reviled as a new Hitler for daring to suggest that there should be a temporary moratorium on Muslim immigration until adequate vetting procedures can be devised. Even conservative commentators have in response called for a ban on “Islamists,” rather than Muslims, blithely ignoring the salient fact that there is no reliable way to distinguish the one from the other.

And so as Christmas 2015 comes and goes, and 2016 dawns, nothing is much more certain – given the wholesale self-imposed blindness and willful ignorance of our leaders and opinion-makers on both the Left and Right – than that we will become victims of the enemy we have welcomed in our home. To see exactly what form will that take in the coming years and decades, we need only look around the world during this Christmas season: Somalia, Brunei, and Tajikistan have banned Christmas celebrations as “un-Islamic,” and Indonesia plans to deploy 150,000 security personnel to make sure that Islamic jihadists don’t target Christians in jihad mass murder plots as they celebrate Christmas. We don’t hear very much about Christmas in Iraq this year: there are hardly any Christians left there to celebrate it.

But surely none of that can happen here, right? Someone will stop it. Someone will do something. Christmas celebrations banned in the U.S. to avoid offending Muslim sensibilities? Inconceivable! Christmas celebrations threatened with Muslim violence, not because they drew Muhammad or otherwise offended Muslim sensibilities, but simply for the fact of being Christian celebrations? It could never happen here! Christians driven out, or forcibly converted to Islam, or killed? That sort of thing only happens over there. Not in America. The refugees (refugees like the Paris jihadis), they will all be vetted moderates (just like Tashfeen Malik). Anyone who thinks anything could go wrong is a racist, bigoted Islamophobe.

Of course. Someone will do something, right? Someone, somewhere, sometime, will have the courage to brave the smears of “racism” and “bigotry” and “Islamophobia” that are certain to come his or her way, and put a stop to all of this before it gets of hand, right? Of course someone will. America is forever. America can’t be destroyed. You will become victims of the enemy you have welcomed in your home? Nonsense. Don’t be racist. Don’t be xenophobic. Everything is going to be all right. Let’s just eradicate all this right-wing extremism, and everything will be fine, and we will all march together into a bright, beautiful multicultural future. Just like in Mosul. Just like in Somalia, and Tajikistan, and Brunei.

And frankly, this has all happened on Obama's watch.
American's will tolerate a lot, especially when the Press can't print the truth, but lets see when we have had enough and what that will mean.
The only good Muslim is a good Muslim. Are there any left?