I'd noticed this utterly predictable establishment attack on Iowa frontrunner Ted Cruz and had intended to respond, but the invaluable Mark Levin beat me to the punch.

"Ted Cruz has been parading around Iowa trying to hoodwink conservatives, and these ads showcase that he's willing to say anything to get elected," said Nick Ryan, the Iowa strategist behind much of the advertising. "Fact is, he's wrong on the issues and values that Iowa conservatives really care about."

Cruz has looked to characterize recent attacks like these in Iowa and elsewhere as a validation of his campaign's strength, taking the most pride in the daily hits from Rubio's campaign...

...at the beginning of December, the pro-ethanol America's Renewable Future unveiled a three-week, six-figure campaign meant to show Cruz, an opponent of the state's ethanol interests, as too cozy with the oil lobby. And this week, Ryan's two groups, Pursuing America's Greatness, the principal super PAC backing Huckabee, and the Iowa Progress Project launched their anti-Cruz salvos. Ryan said the groups would spend around $100,000 and $200,000 respectively through next week. A nonprofit backing Rubio also began this week to litter Iowa Republicans with anti-Cruz mailers. 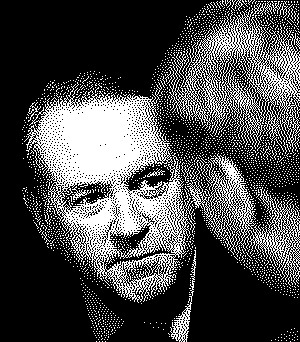 I'd love to know what kind of drugs Ryan is slipping into donors' cocktails to convince them to back a PAC for a candidate whose campaign is running at 0.001 percent.

Mike Huckabee hack, Nick Ryan, is running an Iowa PAC that's spending a fortune smearing Ted Cruz; Ryan started out as a staffer to former RINO congressman Jim Nussle. Can't these losers ever run on their records or positions? I guess the question provides the answer. Beware, Iowa!

So Nick Ryan, another cookie-cutter establishment consultant -- a tool of the Beltway elites -- seeks to tar the only Constitutional conservative running. Working out well for ya, Nick?

In short, Ryan's a failure, his PACs are failures, his candidates are failures and his consultancy is a failure. With any luck, we'll see him soon on Fox using a whiteboard like his mentor, a major league political Hindenburg disaster, who has burned through hundreds of millions of dollars with nothing to show for it save a name that's now a laughingstock.

Anything to get the Clinton Mafia elected.

Ted Cruz is the best hope Clinton now has. He's the only one who can slow Trump's momentum and split off the evangelicals in Iowa, but he can't win a nomination and certainly would be destroyed in a general election.
The "attack ads" will only boost Cruz status as an "outsider". You really think the GOP is that stupid? Cruz is 20 points behind Trump. These ads help Cruz, he'll fund-raise off them, just like he did with the WAPO cartoon...which helped Cruz.

Ah Anonymous, Trump is the best things that could happen to Hillary. Recent polls show Cruz beating Hillary and Trump not.

And Bill is going to believe that poll and also the Iowa poll that has Cruz with a 4 point lead over Trump. I don't doubt that Bill also believes the stories that
"Trump has no ground game or organization in Iowa, OMG!"
Iowa is Cruz' only chance. Trump will take Iowa on his way to the nomination, and on that day Bill Sullivan won't post anything....