CHART: State of the Road to the Nomination; Observations and Expectations; "Unleash the Dogs of War"

I've annotated a couple of key dates, December 29th (the most recent data) and October 29th, so we can see the current state of play and compare it with how the race looked two months ago.

There are some very interesting observations we can make and several expectations we might have based upon these numbers and trends:

[Click to enbiggen]
• After briefly flirting with the lead, Ben Carson is in a total freefall. Given his outsider candidacy, I think it unlikely that many of Carson's supporters will move to support an establishment candidate. My guess is that most will gravitate to Cruz or Trump.

• By adding 8.8 points over that period, Donald Trump has buttressed his support by nearly a third.

• The rise of Ted Cruz, from 6.6 percent to 18.6 percent, is impressive. The jump represents a 281 percent increase in support.

• After briefly flirting with a 15 percent support level, Marco Rubio has drifted backwards. His 60-day support has increased by 28 percent.

• The Bush campaign and its super PACs spent roughly $20 million on ads through November 21st; the result thus far is that he has lost roughly 35% of his support in the last 60 days. The Bush campaign appears so hard-pressed for dollars that it just canceled $3 million dollars in TV ad spending in Iowa and South Carolina.

• The Chris Christie mini-bump represents a move from 2 percent to 4.6 percent support; some pundits still see a road to the nomination for Christie, who has effectively banked his entire campaign on a good showing in New Hampshire (a la John McCain). Christie's problematic positions on Obamacare, climate change, gun control, etc., however, make him anathema to the base and therefore a longshot to gain any real traction. 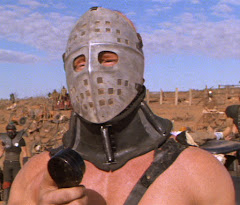 • The doomed campaigns of Rand Paul and Ben Carson now command a total of 12 percent support. I suspect that most Paul supporters will gravitate to Ted Cruz, whose has similar libertarian views on surveillance and national defense. I also feel that Carson's supporters, who were attracted by a smart and soft-spoken candidate would be unlikely to move en masse to Trump. If they choose to stay with an outsider candidate, Ted Cruz could benefit.

Donald Trump and Ted Cruz both have war chests of cash they intend to deploy in the weeks ahead.

Doug, I read your blog every day but am frustrated with the BS going on with this site, it takes forever to download and freezes up the computer, and this one is new (8 gig ram). Please stop with the all the cookies and tracking stuff. Respectfully. John Cobble

John, sorry to hear about the troubles.

I only use two ad networks (Google and Sovrn) and refuse to have annoying popup ads or text links, etc. because I hate them as a user. So you shouldn't really have too many issues unless your browser is already compromised in some way.

I would recommend using Chrome in "Incognito Mode" to see if that clears up the issue. If it does, you'll know your browser may be doing much of the tracking versus the site.

Let me know, thanks and HNY, Doug