Honors Student Derrion Albert's murder, one of hundreds of killings in the city annually, should serve as the flagship video for Chicago's attempt at securing the Olympics. 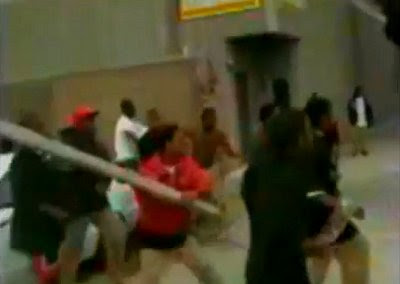 After all, decades of unbroken Democrat rule have successfully built a culture of urban dependency predicated upon easy access to welfare, food stamps and other "free" social programs. These, in turn, have led to a dramatic increase in single-parent families and a concomitant rise in violent crime.

In The Atlantic Monthly, Barbara Dafoe Whitehead wrote that the relationship between single-parent families and crime "is so strong that controlling for family configuration erases the relationship between race and crime and between low income and crime... The nation's mayors, as well as police officers, social workers, probation officers, and court officials [all] point to family break up as the most important source of rising rates of crime."

Let me repeat that. Control for single-parent families and there are no differences between the races when it comes to crime.

Study after study confirms that the statistical link between the availability of welfare and single-parent families is conclusive. There have been dozens of studies that link the availability of welfare benefits to out-of-wedlock birth. One study found that a 50 percent increase in the value of AFDC and foodstamp payments led to a 43 percent increase in the number of out-of-wedlock births.

Yet the Democrats, the Daley Machine, Valerie Jarrett, Barack Obama, Rahm Emanuel, David Axelrod and their ilk at ACORN and the SEIU continue to advocate for more welfare, more wealth redistribution and, ultimately, more of the same malaise.

In spite of all the studies, all of the research, all of their failed social experiments, Democrats continue to promote policies that are destructive for thousands of young people like Derrion Albert.

One hopes that the International Olympic Committee takes note. And that, someday, Chicago's voters turn these bums out.