If you're still not convinced that socialized medicine lies on the road to hell, consider the case of Sarah Capewell, whose baby was left to die because he was born 48 hours too soon. 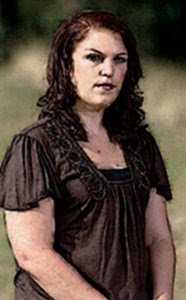 Like all mothers, Sarah Capewell will never forget the first minutes she spent with her newborn baby.

She told her tiny son how much she loved him, gently kissed his face and took photos of him wrapped in the pretty blanket she'd bought for his birth.

Then she held him tightly in her arms and watched helplessly as his body grew cold and he finally stopped breathing. Sarah pleaded for help from hospital staff from the moment he was born, but none came.

Jayden died when he was just two hours old.

No help came because although mother and baby were surrounded by nurses and empty incubators, doctors had already decided her son would not be saved - not based on observation and assessment, but because under current guidelines paediatricians treat only babies born after 22 weeks gestation.

And he was born 48 hours before that threshold.

One set of rules for all.

The government decides. It rewards. It punishes. It uses your health, your very well-being, to threaten, to cajole, to steal more liberty from you.