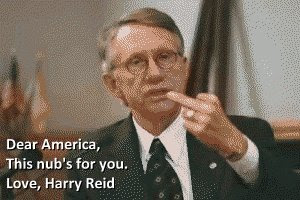 ...Reid then spelled out how healthcare would pass under budget reconciliation proceedings, giving his colleagues a clear picture of what they face if they fail to reach bipartisan agreement.

“On reconciliation, under the order, there’s only 20 hours of debate,” Reid explained... 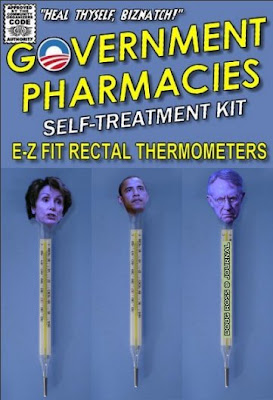 Go ahead, make my day. We will spend whatever it takes, call as many Nevada voters as we can, write and email as much material as it takes (your pathetic record on the economy since taking over in 2006, for starters) to defeat you in 2010.

Does the year 1994 ring a bell? Well, the outrage now dwarfs that of '94. Americans aren't ready for Dear Leader's brand of socialism. Not by a long shot.

You want to overhaul one-sixth of the economy, against the wishes of the American people, with 20 hours of debate?

Hey, Reid: call an outplacement service. Now. Before the rush.