The XSR military interceptor is the fastest boat ever built, according to the UK's Telegraph. The XSR hits a top speed of 100 miles-per-hour on missions ranging from drug interdiction to fighting Somali pirates.

...With a maximum speed of 85 knots (97mph) and carrying a .50 calibre machine gun hidden under the deck, the boat will be able to overhaul “go-fast” drug smuggling boats in the Caribbean and pirate ships off the coast of Somalia. 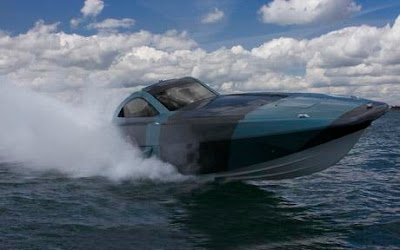 ...When the XSR comes within range of an enemy ship the machine gun emerges from the forward hull and is trained on the target using a remote controlled system from the cockpit. 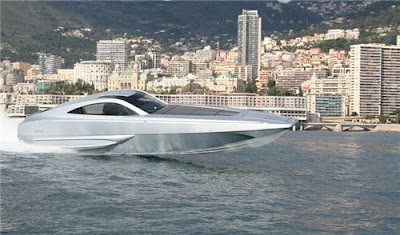 In an era where potential adversaries such as Iran use the “swarm” tactic of multiple fast boats attacking a single big target, the XSR can operate as a counter to the threat.

During the Cornwall incident in 2007 the 14 Royal Navy personnel were taken prisoner by the Iranians partly because their small boats were outgunned and slower than their Iranian captors...

The cost? A mere £1.5 million. Given the endless erosion of the U.S. dollar's value under President Soetoros, I figure that's about $400 million U.S.

at 8:55 PM
Email ThisBlogThis!Share to TwitterShare to FacebookShare to Pinterest
Labels: Firearms