Guaranteed to give pirates stomach cramps

We've been hearing rumblings about the U.S. Navy's triple-hulled ships, but here's one that was launched last month, the U.S.S Independence... Built by General Dynamics, it's called a "Littoral Combat Ship" (LCS), and the trimaran can move huge weapons around faster than any ship in the Navy. Ironic that with all that high tech built in, the ship reminds us most of the Merrimac ironclad from the Civil War era... 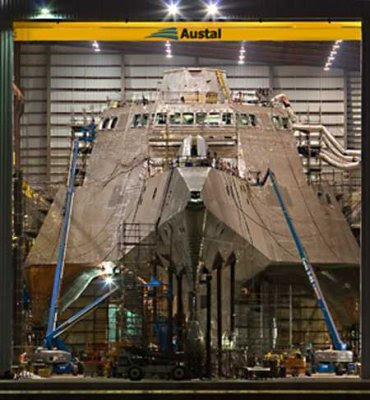 Littoral means "close to shore", and that's where these fleet-hulled babies will operate, tailor-made for launching helicopters and armored vehicles, sweeping mines and firing all manner of torpedoes, missiles and machine guns. 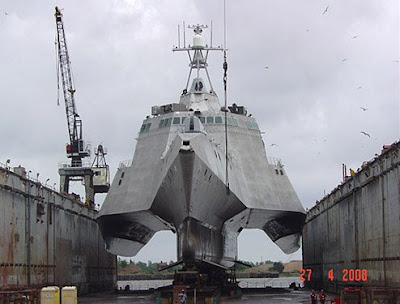 These ships were designed to be relatively inexpensive. This one's a bargain at $208 million and the Navy plans to build 55 of them. 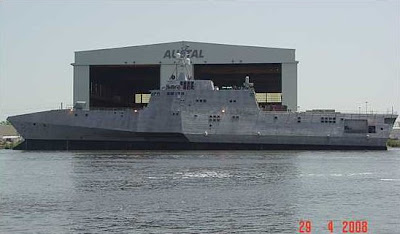 This trimaran is the first of the new fire-breathing breed, ready to scoot out of dry dock at a rumored 60 knots. It's like a speedy and heavily-armed aircraft carrier for helicopters.