What do Jimmy Carter, Maureen Dowd and Mike Lupica have in common?


You're stumped, aren't you? Think about it: what do Jimmy Carter, Maureen Dowd and Mike Lupica have in common? 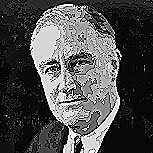 FDR Care -- In November 1934, President Franklin D. Roosevelt stated, "Whether we come to this form of insurance soon or later on, I am confident that we can devise a system which will enhance and not hinder the remarkable progress which has been made and is being made in practice of the professions of medicine and surgery in the United States."

After years of false starts, Democrat Congressmen Wagner, Murray and Dingell (don't ask) introduced a national health insurance bill in 1943 -- and every year afterward for 14 consecutive years. The bill instituted a national health insurance package for all citizens, which was paid for with a mandatory payroll tax. Its backers included organized labor, progressive farmers, and liberal physicians who lobbied fiercely for socialized medicine. But Republicans and everyday citizens rallied to oppose the bill. Eventually, this coalition was able to defeat the Democrat effort. 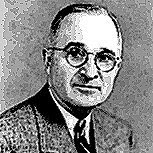 Truman Care -- In November 1945, President Harry Truman addressed Congress regarding the urgent need to nationalize health care. He stated, "[In September, Democrats proposed an] Economic Bill of Rights[, which elaborated upon] certain rights which ought to be assured to every American citizen... One of them was: 'The right to adequate medical care and the opportunity to achieve and enjoy good health... [and the] ...right to adequate protection from the economic fears of . .. sickness ....'".

Republicans banded together behind powerful Republican Senator Robert Taft to marshal public support against socialized medicine. Democrats lost control of the Congress until 1948, at which point they tried and failed again. 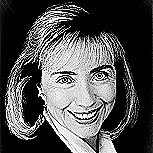 HillaryCare -- Upon taking office, President Bill Clinton assigned his wife Hillary to create a program that would nationalize the American health care system. Working for months, she orchestrated an immense health care bill that was intended to completely transform the entire delivery of medical care in the United States.

Her bill, The Clinton Health Care Plan of 1993, otherwise known as HillaryCare™, was defeated as a coalition consisting of "conservatives, libertarians and the health insurance industry" representatives united to rally public support against socialized medicine. 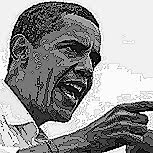 ObamaCare -- Unlike previous Democrat efforts to implement socialized medicine, if you oppose Barack Obama's form of National Socialized Democrat health care, you're a Nazi racist bastard. That is, according to:

Even though Republicans, Libertarians and those who support the United States Constitution have been fighting socialized medicine for 75 years, your opposition represents: RACISM. You're all f***ing racists, get it?

Screw the Constitution! Screw the Bill of Rights! Screw the Declaration of Independence! You've got a President with a slightly different skin color: you're not allowed to express dissent! You're all racists! So shut the hell up, you wingnuts!


Update: MSNBC, thy name is racist!