President Bill Clinton's wife earned notoriety by claiming that a "vast right-wing conspiracy" had orchestrated allegations of his adultery.

The ex-president is back in the spotlight after a visit to Meet the Press earlier today. 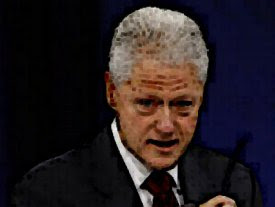 [He] told NBC's David Gregory... that the so-called "vast right-wing conspiracy" still exists and is "as virulent as it was," but has had its impact diminished by the nation's changing demographics.

"...It's not as strong as it was, because America has changed demographically. But it's as virulent as it was. I mean, they're saying things about him. You know, it's like when they accused me of murder, and all that stuff they did. … But … it's not really good for the Republicans and the country, what's going on now. I mean, they may be hurting President Obama. They can take his numbers down. They can run his opposition up. But, fundamentally, he and his team have a positive agenda for America. Their agenda seems to be wanting him to fail."

But I thought it was racism.

Or the Tea Partiers. 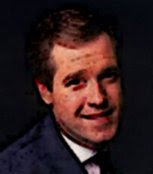 Hey, Bill. Sorry to burst your bubble, but the Chosen One got 52.7% of the vote. He outspent a weak GOP candidate -- "Mumbles" McCain -- by half-a-billion dollars. He had a cool logo designed by the NEA. He promised a post-partisan world of transparency and Utopian change. He had a great speaking voice. He read from a teleprompter better than Brian Williams.

And he barely won.

Don't look now, Cigar-master, but the 2010 midterms are just around the corner. And I'm guessing we'll see real change.