Looking to buy some commercial real estate? Interested in the steaming hot (as in fresh manure) Inland Empire? Man, have I got a deal for you.

The package embedded below (see update below) just came across my desk today. It is an offering for a shopping center in Moreno Valley, CA (Inland Empire). The property consists of three ground leased fast food pads (El Pollo Loco, Del Taco and Wendy’s) as well as approximately 22,670 square feet of retail shops in 3 separate buildings all sitting in front of Walmart (not included in offering)... 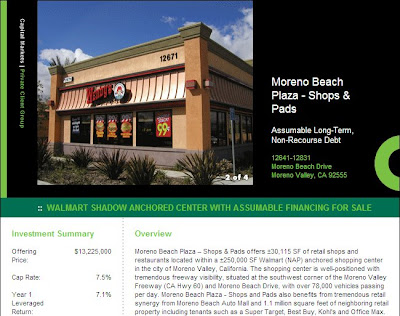 ...The surrounding trade area has been severely impacted by the housing crisis and the commercial market has not fared much better although this is not readily apparent from reading the marketing materials. From the brochure:

The retail market in the Inland Empire continued to be impacted by strong demand and limited existing inventory for retail space in 2006. The overall vacancy rate for 3rd quarter of 2007 raised slightly to approximately 6%, with 14.13 million square feet of retail space under construction and an additional 41.47 million square feet of space planned to be developed. As a result, the Inland Empire is destined to remain the driving force in the Southern Californian economy with a 2008 projection for retail sales to be in excess of $51.6 billion.

I’m pretty sure the Inland Empire is no longer a driving force in the Southern California economy – not in a good way anyway. To support my theory, I have created a visual representation of exactly how the surrounding trade area has fared: 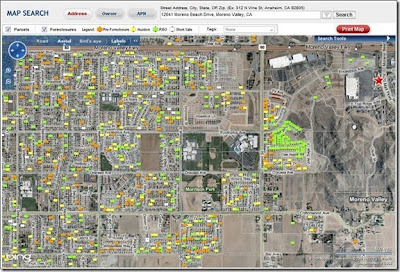 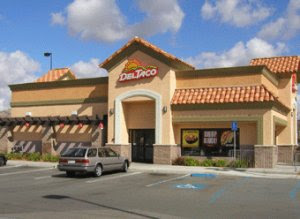 So all of this is fine – and to be expected for this area. What is not fine and should not be expected is the pricing of this offering... ...it should be noted that the property is being offered with an assumable loan with a current balance of approximately $8,665,000. As far as I can tell, this property is not worth the debt which encumbers it.

...most investors would not be comfortable with a vacancy factor as low as 10% in this trade area. Additionally, my quick look at the property does not even take into account loss of rents for tenant turnover (which will undoubtedly happen in the not-to-distant future) or expenditures for tenant improvement allowances, leasing commissions and carried expenses.

The sale of this property in its current condition and anywhere near the asking price is a lawsuit waiting to happen.

Clearly, there are still some owners out there that have not come to accept the current state of the market. The bid/ask gap remains wide and transaction volume will not return until it narrows. Most of the give will come from the ask side of the equation. 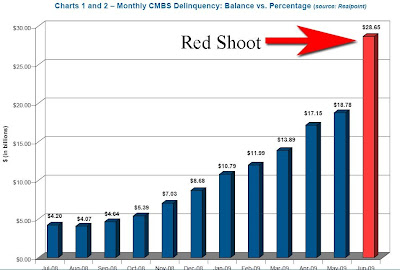 I can just smell the hope and change. It kinda smells like bacon.

Easily I assent to but I dream the list inform should have more info then it has.

Genial post and this enter helped me alot in my college assignement. Say thank you you as your information.