The Curious Case of the Four Edited Videotapes


Using Freedom of Information Act (FOIA) requests, an attorney has secured access to security tapes that depict the aftermath of the 1995 Oklahoma City federal building bombing. The Oklahoman reports that Jesse Trentadue of Salt Lake City gave copies of the tapes to the newspaper as well as the AP. 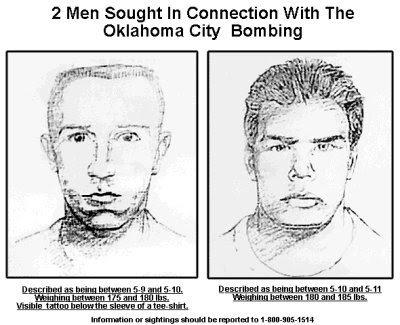 The FBI and Attorney General Janet Reno had refused to release the videotapes, which led many to speculate that they confirmed the existence of "a third terrorist", reports of which had circulated for years. 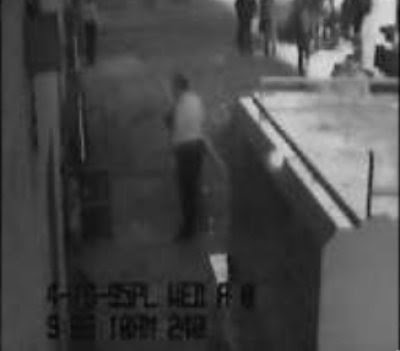 The tapes turned over by the FBI came from security cameras various companies had mounted outside office buildings near the Alfred P. Murrah Federal Building. They are blank at points before 9:02 a.m., when a truck bomb carrying a 4,000 pound (1,815 kilogram) fertilizer-and-fuel-oil bomb detonated in front of the building, Trentadue said.

"Four cameras in four different locations going blank at basically the same time on the morning of April 19, 1995. There ain't no such thing as a coincidence," [Attorney] Trentadue said...

..."The interesting thing is they spring back on after 9:02," he said. "The absence of footage from these crucial time intervals is evidence that there is something there that the FBI doesn't want anybody to see."

Trentadue said he is seeking more tapes along with a variety of bombing-related documents from the FBI and the CIA. An FOIA request by Trentadue for 26 CIA documents was rejected in June. A letter from the National Geospatial-Intelligence Agency, which reviewed the documents, said their release "could cause grave damage to our national security." 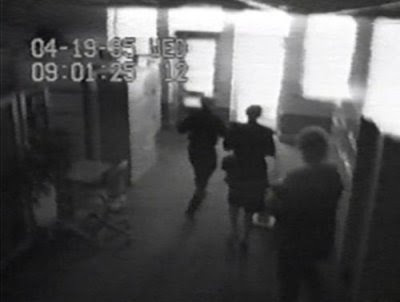 At the time of the devastating attack, Davis was an award-winning investigative journalist for NBC affiliate KFOR-TV in Oklahoma City. Davis was the first to uncover reports of a "third terrorist" -- a man of Middle East origin who allegedly helped orchestrate the attack. Her subsequent book on the subject became a New York Times bestseller.

In the book, Davis presents an immense body of evidence that a former Iraqi soldier named al-Husseini -- probably a member of Saddam Hussein's elite Republican Gaurd -- helped plan and execute the bombing. Extensive interviews support the contention that other Iraqis collaborated to assist in the attack. Lest you think Davis is just a lone crackpot, the former chief counsel of the House Judiciary Committee, the House Terrorism Office's chief and a former Clinton CIA director all agree that this evidence must be pursued further. 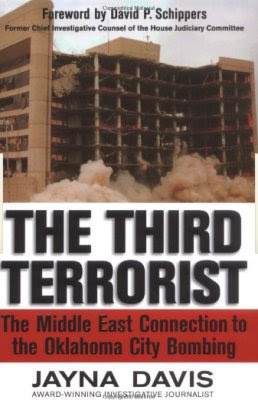 And why would the Clinton administration suppress evidence of an Iraqi link to a terrorist attack on the heartland? We obviously can't know all of the answers, but the administration's famous aversion to risk might explain a great deal.

Consider Clinton's treatment of terrorism as a law enforcement issue, beginning in 1993 with the first World Trade Center attack. An attack by Iraq would have devastated Janey Reno's "lawfare" approach to Islamic terrorism and have forced a military response.

It is hard to overstate the implications of these developments. Why did the FBI refuse, for over a decade, to release the security tapes? Why are the tapes all missing segments just before and during the catastrophic explosion?

Kudos to Jesse Trentadue, Jayna Davis and Bob McCarty for calling attention to a forgotten tragedy -- and the ominous implications of a few minutes of missing videotape.


Related: In Search of John Doe No. 2: The Story the Feds Never Told About the Oklahoma City Bombing, Mother Jones, 2007.