There has been much discussion about this recovery, whether it will be a “U”, “V” or a “W” shaped recovery. The answer is none of the above. It is going to be “C -shaped” recovery, but not as in the letter “C” but as in coffin. 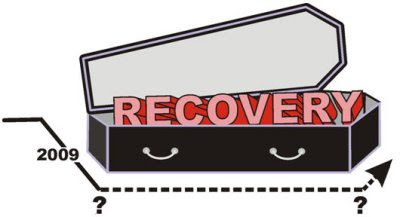 The Coffin Shaped Recovery
It would be a miracle if trillions of dollars of debt could be wiped out with one stock market crash and be succeeded by a new bull market driven by another large offering of credit by the Fed....

Lest you think Schoon a lone wolf on this matter, one only need visit a recent post by Karl Denninger at Market Ticker.

• The Fed is literally the entire mortgage market. Yes, really. As Chris Martenson points out (correctly) we have issued roughly $685 billion in new mortgages through August, while The Fed has bought $722 billion of mortgage paper and GSE debt (I argue illegally, and have for months) with printed money. That is, they are the market - not a part of the market. But reality is much worse - there is no market when a central bank simply buys with printed money, intentionally overpaying. After all it's not their money, right? (On the contrary, it's yours they're spending - without your consent! Must be nice eh?) 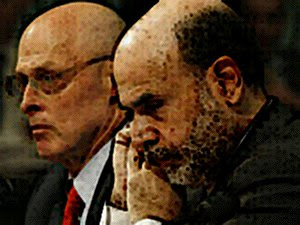 • Fannie announced a change in lending policies today, effectively tightening mortgage credit. The "new criteria" will get rid of the 50%+ DTIs they used to allow and demand a 620 FICO. This is still massively below anything that can be considered "prudent"; the average FICO is reported to be 680. But Fannie has found that FICOs under 620 are in fact defaulting at a rate nine times higher than those with a higher score (!) Nine times is 900% - that's bad, right? They didn't release the percentage of loans that they had bought with the lower scores - so we don't know how ugly their book is - but remember, The Fed effectively owns all of their current-year issuance. This could end very badly for them - and us.

• We claim that we're "helping homeowners" yet a recently-run study by Amherst (on Bloomberg this morning) shows that missing just one payment on your house places the probability of eventual default at 75%. Miss two and the probability is 95%. Any loan against which there is a "reasonable likelihood" of default must be reserved against according to GAAP (and just plain common sense) according to its probability of loss and recovery value. Yet most banks don't even consider an account "late" until it reaches 120 days behind! This is outrageously optimistic and is well beyond the threshold of intentional fraud if those numbers from Amherst prove up (and I suspect they do; consider that if you miss a payment you must make two at once to catch up!) Banks are willfully hiding probable losses on these loans for the simple reason that were they to reserve against them they would be instantly recognized as bankrupt. The fact of the matter is that they are bankrupt and our so-called 'regulators' are looking the other way rather than recognize massive control and accounting fraud.

• The Fed has run monetary policy on a "Ponzi" basis for nearly three decades; in only one year out of 28 has their "monetary policy" resulted in improving rather than degrading credit stability1. This is a mathematical fact. We have become inebriated with excessive credit consumption throughout society, including the private and government sectors. This in turn has led government regulators to willfully and intentionally ignore the foundational principle of sound banking: one must never lend more unsecured than one has in excess capital and willfully stick their heads in the sand as credit growth has exceeded GDP expansion. In addition the government has "cooked" both GDP and inflation indices ("CPI") as a means of further justifying bankrupt policies by distorting reported economic statistics.

• We ask "where did the credit go" repeatedly as consumer leverage has risen but personal consumption has risen at a slower rate. There is in fact no mystery: production was offshored to China, India and Vietnam (among others) and replaced with lower-wage "service" jobs. We have used credit as a means of masking our falling real standard of living by engaging in serial Ponzi Finance - first with the Internet Bubble and now with the Housing Bubble. But the Internet Bubble was small potatoes compared to the Housing Bubble, and we've run out of "bigger bubbles" we can blow to take the Housing Bubble's place. As defaults mount the facts are exposed whether we want them to be or not: our earnings power has been severely damaged as a whole by the intentional off-shoring of high-quality jobs and the importation of lower-quality (and lower-wage) workers into the US and we have tried to make up for the deficiency through borrowing. But borrowed money has to be paid back - and we can't make the payments.

• Every nation that has ignored the foundational principles of sound banking and credit for a sufficient period of time has suffered either severe economic depression or monetary collapse. There are no exceptions. The United States and other western nations suffered ugly Depressions in the 1870s and 1930s. Weimar Germany, Zimbabwe, Argentina and others suffered monetary collapses. Going further back Tulip Mania and the Fall of Rome were both caused by monstrous mis-allocation of credit leading to hyperinflation in assets, the monetary supply, or both. The cause of these collapses and depressions is mathematics, not political. It can no more be avoided given improper banking and credit policy than can perpetual motion be achieved.

• A "mere" 7% growth rate - what many economists would call "robust" economic expansion - causes the amount of whatever is being grown (or consumed) to double every 10 years. Each doubling in fact consumes (or grows) more than all of the previous time ever in history put together! Jimmy Carter lost his re-election bid in no small part because he had the audacity to make the (true) statement that this was impossible to continue into the indefinite future in regards to energy consumption. It is equally impossible to continue this into the indefinite future when it comes to GDP or, for that matter, credit.

Two functions of growth, where one is greater than the other, will always eventually run away from one another and, where the larger is dependent on the smaller to be able to be sustained, collapse becomes inevitable2. This is an extension of the above point. In economic terms if credit expansion exceeds real output expansion (since output is necessary to pay the servicing costs of credit of course) collapse of the system is inevitable, with the only variable being the amount of time that elapses before the collapse occurs.

Denninger offers a series of policy prescriptions, but at this point, the odds of any getting implemented are about the same as me winning the Westminster Dog Show with a rabid weiner dog.

As for an imminent recovery? Doctor Housing Bubble reminds us that the vast majority of banks are hiding their desperate financial conditions.

Sept. 23 (Bloomberg) — The crash in U.S. home prices will probably resume because about 7 million properties that are likely to be seized by lenders have yet to hit the market, Amherst Securities Group LP analysts said... 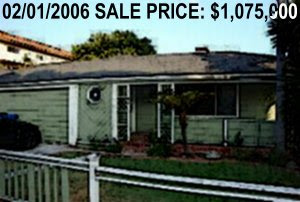 In other words, gear up for round two of the housing bubble burst courtesy of the shadow inventory.  7 million homes may seem like a gigantic number.  The reason the number will be huge is because we are now seeing problems in housing due to more historical reasons like unemployment.  Obviously a loan modification is pointless if someone doesn’t even have a job.

When you have banks openly acknowledging that more inventory will be hitting the market it is time to prepare and get your facts straight on Alt-A and option ARM products.

Denninger has been sounding the alarm for years.

We have but two choices: we can accept the mathematical reality of compound growth rates and our attempt to cheat math through fraud or we can plunge off the cliff of history, as every other government and economy that has willfully ignored these mathematical realities has done. 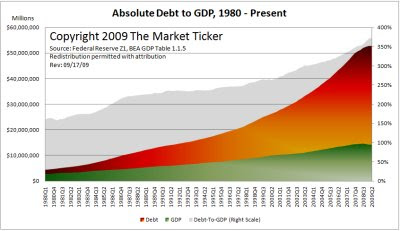 Credit demand has effectively collapsed in The United States3 as we have reached the limit of debt service given the degradation of earnings power in the American People along with grossly-imprudent credit expansion. Further attempts to "stimulate the economy" via yet more credit creation cannot succeed, as we have reached the limit of the geometric progression of both credit and output in terms of sustainable debt service.

Attempting to hide credit deterioration will only cause the inevitable contraction of both to be more violent and disorderly.

It is mathematically impossible to prevent the outcome that now faces us; we are choosing only between the violence with which it comes and whether we have control over the process, or whether it will inevitably jump any "fire lines" we try to establish and potentially consume not only many private businesses and individuals but the government itself.

Echoing Denninger's conclusion: banks are carrying mortgage paper valued far beyond reasonable fair-market value. This constitutes accounting fraud -- and the same governmental rocket scientists who got is into this mess are still in power perpetuating the fraud.

I won't hold my breath waiting for the prosecutions.