Coinkadink: one Cain accuser lives in David Axelrod's building; another serves in the Obama administration

Let me guess: Axelrod is "just a guy in the neighborhood", since Cain accuser Sharon Bialistock lives in David Axelrod's building. 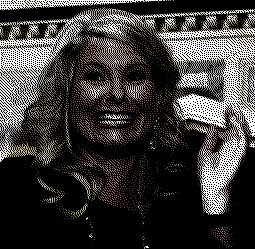 Martha MacCallum, FOX News: "One of the things is that you lived at a 505 North Lake Shore Drive apartment, right?

Do you know David Axelrod?

Ever have any interaction with him at all?

Sharon Bialek, Cain accuser: "I saw him in the gym.

I mean -- everybody nods to each other.

It is friendly building but I never had any interaction with him."

It turns out that Bialek has an extremely troubling background: 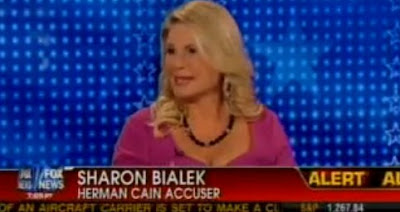 Ms. Bialek has had a long and troubled history, from the courts to personal finances – which may help explain why she has come forward 14 years after an alleged incident with Mr. Cain, powered by celebrity attorney and long term Democrat donor Gloria Allred.

In the courts, Ms. Bialek has had a lengthy record in the Cook County Court system [with] over [half a dozen separate] civil lawsuits... [and she] was also sued in 1999 over a paternity matter according to ABC 7 Chicago (WLS-TV)... In personal finances, PACER (Federal Court) records show that Ms. Bialek has filed for bankruptcy [twice] in 1991 and 2001...

...Curiously, if Ms. Bialek had intended to take legal action, the statute of limitations would have passed a decade ago... Which brings up the question of why she would make such reprehensible statements now?

The questions should be – who is financing her legal team, have any media agreed to pay for her story, and has she been offered employment for taking these actions?

Gee, let me guess: their name starts with an "A" and ends with "Xelrod".

Oh, what's this? You say Bialek has a history of filing false claims of sexual harassment?

"She was fired from her job, and her boyfriend suggested she contact Cain in hopes he could help her find employment... In this particular incident she was fired for falsely accusing her boss of sexual harassment, a charge denied by co-workers, as well as being pretty much a pain in the ass to work with.

"I remember her as a time-waster, and rabble-rouser. If she didn’t get her way she cried about sexual harassment”. A former co-worker, a female no less, emailed me. “She was trouble with a capital “T”. The fact that she waited 13 years and never said a word not even during Cain’s earlier forays into politics. She only now magically appears because Cain is leading in some polls and proving a threat to Barack Obama?

But, wait: that's not all. The only other accuser who has become public is an official in... wait for it... the Obama administration

...The Daily has revealed the identity of one of the women who, according to Politico, accused presidential candidate Herman Cain of sexual harassment during his tenure as CEO of the National Restaurant Association... The Daily reports that Karen Kraushaar, a communications director at the Treasury Department’s Office of Inspector General, was a National Resturant Association spokesperson when, she alleges, Cain’s inappropriate behavior took place.

Fascinating. But I'm sure the fact that all of these allegations were made by those with connections to Obama's political machine are purely coincidental.

AND PAULA JONES WAS TRAILER TRASH SO WE SHOULDN'T BELIEVE HER.

KEY ELEMENTS OF BIALEK'S STORY CAN BE VERIFIED - THE HOTEL STAY AND THE MEAL.

AND SINCE CAIN HAS DENIED KNOWING HER, JUST PLACING THEM BOTH AT THE HOTEL THAT NIGHT SEALS THE DEAL AND PROVES HE IS SCUM. LYING PHILANDERING SCUM.

This is a replay of the Axelrod vs Ryan tactics in the 2004 Senate race.

No-holds-barred sleaze... where the ends always justify the means.

IF THE HOTEL DATA VERIFIES BIALEK AND CAIN WERE THERE, THEN HE MUST STAND DOWN.

WE SHOULD FIND A CANDIDATE WITHOUT SLEAZY CRAP IN HIS CLOSET.

RYAN HAD SOME SLEAZY CRAP IN HIS CLOSET. EX WIFE CRAP. YA GOTTA THINK THAT WILL COME OUT.

WHICH MAKES NEWT SCARY - THO HIS DAUGHTER DENIES THE STORY.

WE NEED AND SHOULD WANT MORE VETTING OF OBAMA, NOT LESS. DITTO GOP CANDIDATES.

Gee RP, you really want Mitt for brains, don't you? So, you would let the left dictate whom should be the opposition candidate for obastard's reelection? Let's look here, nothing of the 'story' that this woman has told has any possibility of proof. Sure, she has hotel proof, maybe, that she stayed there. Is that proof? I hardly think so. And, "must stand down"? Sure, I'll pass that on to Mr cain, he will understand.

Clarification: Ryan did not have crap in his closet. Ryan broke no laws. This didn't stop Obama and his ilk in their quest for power by having divorce records unsealed against both parties wishes. Neither wanted their children exposed to the details of the divorce.

Why should that matter to Obama, who would surely have lost his Senate bid? Causing a family pain if only to embarass his opponent is a means to the end.

I have yet to hear or see any credible evidence on Cain's matter. Until I do, I call bullshit.