House Judiciary to DOJ Assistant A.G. Weich: now, explain to us why you lied under oath in February about Fast and Furious? 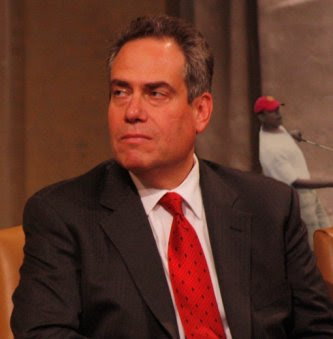 On February 4, 2011, [Department of Justice Assistant Attorney General for Legislative Affairs Ronald] Weich stated the following in letter to Senator Chuck Grassley (R-IA) who had asked if allegations that officials had intentionally allowed criminals to guns had been “walked” in Operation Fast and Furious:

“ATF makes every effort to interdict weapons that have been purchased illegally and prevent their transportation to Mexico.”

...Evidence gathered during the course of the congressional investigation into Operation Fast and Furious has shown that this statement was untrue – ATF, in allowing guns to walk, did not make every [Ed: or any, in many cases] effort to interdict them and prevent their transfer to Mexico['s drug cartels]. Evidence gathered in the investigation has also shown that senior Justice Department officials knew at the time Weich made his statement in February that it was untrue.

Issa also issued a demand for documents that describe which officials in the Holder DOJ -- up to and including the A.G. himself -- orchestrated Weich's lies.

Oh, and Mr. Weich, a word of advice: I recommend you negotiate a deal for immunity in exchange for disclosing the truth about Holder's Gunwalker operation -- if only to keep yourself from sharing a cell with Bubba, who despite his 6'4", 275lb. frame, has quite the delightful personality.

“ATF makes every effort to interdict weapons that have been purchased illegally and prevent their transportation to Mexico.”

someone should send him soap on a rope as a hint about what is to come...