Of course, members of the armed forces and senior citizens aren't required to contribute to a proxy for the Democrat Party, but I'm sure that's just coincidental:

• Exhibit A - Tricare costs would jump in budget plan: 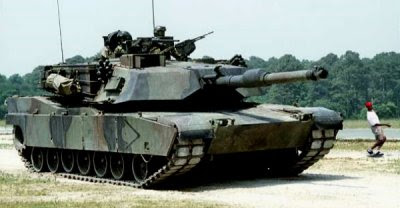 Pentagon officials will continue pressing in 2013 for significantly higher Tricare fees for military retirees, including older retirees covered by Tricare for Life, as well as higher drug co-pays for all Tricare beneficiaries.

The Defense Department’s proposed 2013 budget calls for annual enrollment fees for retirees in Tricare Prime to rise next year by 30 percent to 78 percent... depending on military retirement income.

House Budget Committee Chairman Paul Ryan says contrary to what Democrats are saying, it is Obamacare — not his budget plan — that will kill Medicare... “Obamacare kills Medicare as we know it,” Ryan said. "Obamacare raids $500 billion from Medicare to spend on Obamacare, puts in place a [15-member] board to ration Medicare."

President Obama wants to give raises to people collecting federal paychecks... The White House budget plan released Monday would increase federal civilian pay by a modest 0.5 percent... The budget proposal also projects that federal employment levels will remain essentially flat in fiscal 2013, growing by 0.1 percent, or 2,400 employees, to 2.1 million from the 2012 estimated level.

President Obama sent an annual budget request to Capitol Hill today that does little to reduce the deficit but dramatically cuts military spending anyway. Even though last year’s debt ceiling deal was supposedly agreed to in order to reduce America’s crushing debt burden, Obama is apparently planning to use half of the cuts in war spending to “help finance a major six-year, 50 percent increase in transportation spending.”

Defense cuts in the name of debt reduction are really for increased domestic spending. This is not a surprise. Last summer, President Obama made his priorities clear: social spending trumps national security...

Obama's priorities are: (a) stealing redistributing money from seniors, the military and the intelligence community; and (b) spending those funds on public sector union wages from which mandatory union dues are deducted.

Those dues, in turn, end up laundered into Obama's campaign coffers.

Which explains his priorities. Not health care. Not national security. Not seniors. Getting reelected. First, last and everything in between. That is his priority.

I want to say something...but I think Doug you wouldn't let it get posted...

Congratulations to all Senior Military person, this is really great news to all of you and you deserved this rewards. health and fitness fund is necessary for general public also so must think about it.