Well, this doesn't appear to be good news for the tiny country of Israel.

Reps. Ileana Ros-Lehtinen and Howard McKeon, respectively the chairs of the House Foreign Affairs Committee and the House Armed Services Committee, jointly write that they are “deeply concerned” over Obama’s “record low support for this vital defense cooperation program,” which was first reported on by the Washington Free Beacon... 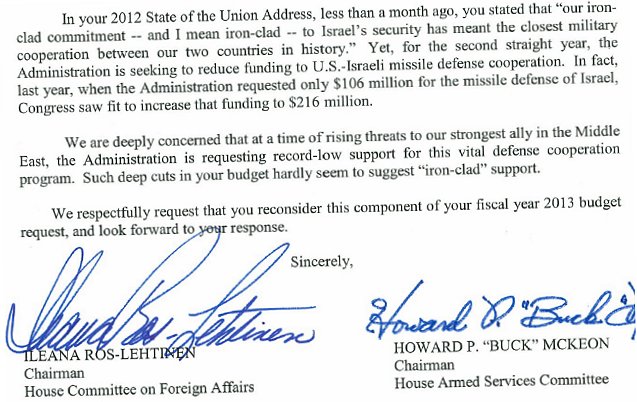 For the second straight year, the Obama administration has proposed to reduce the level of funding for Israel’s critical Arrow and David’s Sling defense systems. This despite the president’s repeated declarations that the U.S. has an “iron-clad commitment” to Israel’s security.

In conjunction with Obama's "lead from behind" strategy related to Iran -- which has simply emboldened the Mullahs as they pursue nuclear weapons -- this development is beyond ominous. It's apocalyptic.