To My Friends in Arizona and Michigan: It's Time to Take a Stand

Before I begin this rant, let me make my stance regarding Mitt Romney perfectly clear. 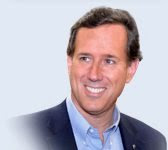 I will walk on broken glass to vote for Romney, Newt Gingrich, Rick Santorum or a radioactive goat over Barack Obama in the general election.

That said, did the Tea Party go away? Did it disappear into the ether after the GOP's crushing victories in the 2010 midterms? Did it shatter after a million internecine battles?

Or is it merely simmering at a low boil while grassroots groups canvas for its primary favorites?

To my friends in Arizona and Michigan

The time for action is now. The situation our country faces is too dire and the stakes too high to sit on the sidelines. You may, as I do, feel the fatigue of negative attacks, experience anger at the proctological scrutiny of your favorite candidates, or disgust at the blatant bias of the Democrat-media complex.

But you must, like an Olympic athlete, put all of that aside and vote on Tuesday.

If I could vote in one of your states, I would be casting my vote for Rick Santorum. Praised by no less a set of conservative luminaries like Rush Limbaugh, Mark Levin and Sarah Palin, Santorum has been a consistent conservative throughout his career.

Architect of the 1996 Welfare Reform Act, a proponent of the original Balanced Budget Amendment and an expert at national defense issues, Santorum's appeal is far wider than legacy media would have you believe.

This election will be about the future of America

Do Americans want a nation flooded with food-stamps and welfare payments, a European-style decline, and an out-of-control president who flouts the very Constitution upon which he took an oath to uphold?

Or do they want a return to founding principles, fiscal discipline and respect for the rule of law?

This election will be about founding principles, the most important of which are faith, family, private property rights and individual liberty. Those tenets were foundational to the Declaration of Independence and the Constitution.

Our rights are God-given, not offered in a bill by some bureaucrat in Washington. How can someone articulate the nature of American exceptionalism without a grounding in our founding document and our highest law?

The "Great Society" proved the defective nature of the Democrats' philosophy. Even if they were inspired by altruistic desires, Democrats have utterly destroyed the two-parent family, especially in the urban core.

These lines are crystal clear and it will take an articulate conservative grounded in the founding principles to draw the sharpest contrast between the European nanny state that Obama seeks and the kind of government our Framers created.

You can cherry-pick the man's record all you want, but Santorum's record is one of consistency.

Santorum has a legislative record...

Rick Santorum is a true, God-fearing, Constitutional conservative in the mold of Ronald Reagan. If we are to begin repairing this country, we need him or someone like him as President.

This election won't be about access to condoms. It's going to be about freedom. What it means to be an American. And Rick Santorum would be an outstanding choice as president.

So, to my friends in Arizona and Michigan: I urge you to consider supporting Rick Santorum for president. Send a message to Washington: the era of big government is over. The time for action is now.

We have a country to save.

"Put your principles aside and take one for the team by voting Santorum."

Or how abut this:

"He never made a commercial with Pelosi: Vote Santorum."

Someone tell me why voting for Romney isn't like voting for Obama. What is the difference between the two?

He is the McCain without the balls. Worse he can't blame his positions on being senile.

I may not agree with Santorum on everything but he is at least honest compared to Romney and Newt. I would even vote for Newt, who is bright, if untrustworthy, at least he has a record worth discussing.

I would hope the voters in Michigan and Arizona put a stake through the vampire wing of the GOP, but I feel that the endless promises and lies of the nanny state holds way too much appeal for the non productive class.

And make no mistake there are many Republicans who love the comfort of their chains rather than the risk of exercising their personal responsibility.

I like Reliapundit's thinking. If I may add:
"Rick Santorum for freedom, unless you're a woman."

"Unification of church and state."

"Someone tell me why voting for Romney isn't like voting for Obama. What is the difference between the two? "

if you can't tell the differecne then there's no hope for you.

Great article and I do hope the people of Arizona and Michigan are heeding your advice. This is the most important election in my lifetime, but I can not in good conscience vote for the lesser of two evils if Romney should win the nomination. My goal will be to campaign for and support the most conservative congressional candidates.

Your article was not derogatory to Romney in the least, but that doesn't stop the Romney drones from taking a page out of Alinsky's 'Rules for Radicals' to "pick the target, freeze it, personalize it, and polarize it.” Rick Santorum is just the latest victim in a long line of conservative candidates.

I will walk on broken glass to vote for Romney, Newt Gingrich, Rick Santorum or a radioactive goat over Barack Obama in the general election.


Did you just call Ron Paul, "a radioactive goat"?

Please educate us all on the differences between Obama and Romney. Perhaps there are some who have not attained the lofty educational achievements and been annointed as you obviously have.

In the past I have noticed the Elmer Gantrys of the world peddle the same snake oil and use the same shills, they just change the labels.

To decide about America's future, find out for yourself. Find. Out. For. Yourself.

"FULL AMERICAN ENERGY, INDEPENDENCE AND PROSPERITY: HOW WE DO IT" http://legalinsurrection.com/2012/02/28-minutes-to-energy-independence/#comments
NEWT: AMERICAN ENERGY 28:59 - MONEY IN YOUR POCKET

"NO APOLOGY GOODBYE AND GOOD LUCK THE TIME HAS COME TO TELL THE TRUTH"
http://electad.com/videos/newt-gingrich-campaign-rally-in-spokane-washington-february-23-2012/
Newt - Spokane, Washington 51:36 at electad.com