Under what authority does the EPA now regulate family farms?

If you have a farm and store fuel for your equipment on the premises, well, you've got a new partner for your business. It's called the EPA. Please consider this delightful warning from The Billings Gazette:

At Nedens farms, the price of fuel is no small matter. The family business north of Hardin burns through more than 60,000 gallons of diesel a year. 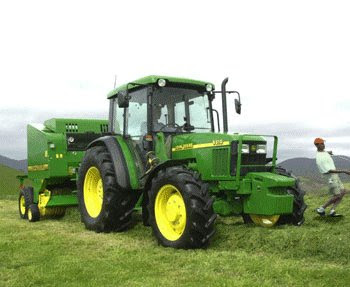 So, when the opportunity arises to save a few pennies a gallon, the Nedens pounce, usually by buying an entire fuel truck's worth of diesel at a time.

"Obviously, if you buy a whole tanker load of fuel, it's going to be substantially lower," Brett Nedens said of the price. "I think I can save about 20 cents a gallon. Obviously if you can load it at the refinery, it costs a lot less."

The savings add up for Nedens and other farmers, who save about $20,000 a year buying bulk. But now they'll have to weigh that savings against the costs of complying with federal regulations...

The Natural Resources and Conservation Service also has begun offering Montana farmers help both with the costs of designing the plan and also construction costs, said Tim Ouellette of NRCS in Bozeman. NRCS is getting involved because it would like plans that not only address risks to rivers and streams, but also groundwater.

Is there anything that this federal monstrosity doesn't have their claws in? Light bulbs, toilet tanks, shower heads, fuel tanks, fuel mileage, health care, soft drinks, alcohol, water... anything and everything you could possibly imagine.

This nation's founders would be sickened by how thoroughly disconnected this Beltway Leviathan is from our nation's highest law, the Constitution. And just about every government failure you can think of -- from the deficit to Obamacare -- has its roots in the Democrats' 100-year war on the Constitution.

NOW, OFF TO THE GULAG WITH YOU!

Under the same authority that the EPA exists at all.

Remember den Bestes's Law: "The job of bureaucrats is to regulate, and left to themselves, they will regulate everything they can."

And recall that last summer we learned that the DOT wanted to require all farm tractor drivers to possess a commercial driver's license.

Nothing to see here, move along.

This is the kind of piece I will definitely be sharing my friends today:-)