A lawsuit you'd only find in West Virginia [Uncle Ben]

This is a real lawsuit, one that if you read the newspaper articles about it, doesn't seem to be that big a deal.

Some articles are here and here, but you don't really need to read those.

Basically, a frat boy at Marshall U. shot off a bottle rocket, startling another guy who fell off a deck that had no railing, and hurt his arm.

Since it was fraternity property, and the fraternity was letting people drink underage, and do dangerous things like shoot off bottle rockets, he's suing.

BUT. Read the details of exactly how foolish the behavior was: 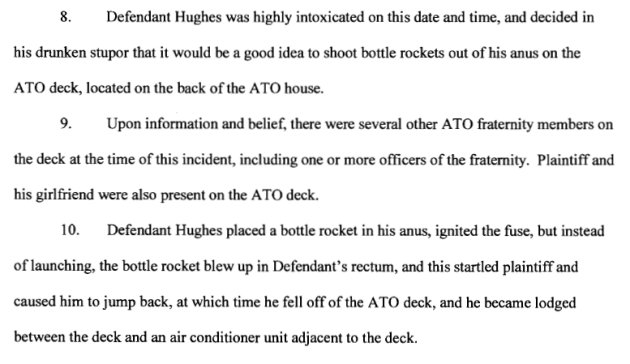 West Virginia: it's all relative.

Must be either a Ron Paul or Obama supporter.

Last sentence may have been a typo....W.Virginia they're all relatives

And Uncle Ben grew up in Huntington, which gives him license!

OK, fair enough, then. And I went to Marshall.