Well, this is certainly disturbing. 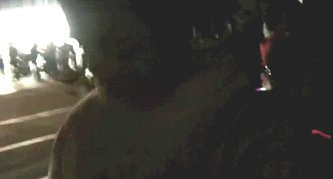 A district judge dismissed a harassment charge against a man accused of attacking a man dressed as "Zombie Muhammad" during a Halloween parade last year in Mechanicsburg.

Judge Mark Martin said there wasn't enough evidence to convict 46-year-old Talaag Elbayomy of the summary offense. It was basically one man's word against another's, the judge said.

Elbayomy was accused of attacking Ernest Perce V, of the Parading Atheists of Central PA, during the Oct. 11 parade. Perce claimed Elbayomy tried to take his "Muhammad of Islam" sign and choked him.

A video of the incident was uploaded to YouTube and it's been viewed over 55,000 times. It clearly demonstrates that the attack was not "one man's word against another's".

But the worrying thing is what the judge (Mark Martin) seems to have said at the trial, based on what appears to be a recording of the hearing: The judge — who stated that he (the judge) was himself a Muslim and found the speech to be offensive — spent a good deal of time berating the victim for what the judge saw as the victim’s offensive and blasphemous speech, which seems to raise a serious question about whether the judge’s acquittal of the defendant was actually partly caused by the judge’s disapproval of the victim.

Andrew McCarthy has posted the entire transcript of the judge's statement. Among the more egregious comments:

Well, having had the benefit of having spent over two-and-a-half years in a predominantly Muslim country, I think I know a little bit about the faith of Islam. In fact, I have a copy of the Koran here, and I would challenge you, sir, to show me where it says in the Koran that Mohammed arose and walked among the dead... [Ed: And what does that have to do with an assault?] 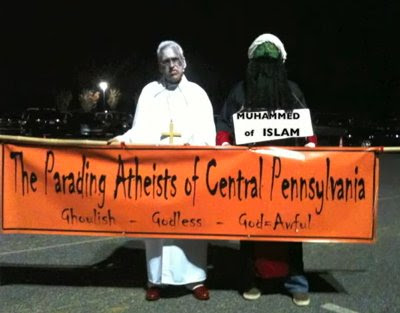 ...Before you start mocking someone else’s religion you may want to find out a little bit more about it. That makes you look like a doofus... In their society, in fact, it could be punishable by death, and it frequently is, in their society...

...I think our forefathers intended that we use the First Amendment so that we can speak our mind, not to piss off other people and other cultures, which is what you did... what you have done is you’ve completely trashed their essence, their being. They find it very, very, very offensive... there is not, it is not proven to me beyond a reasonable doubt that this defendant is guilty of harassment. Therefore I am going to dismiss the charge.

Really. He said all of this tripe, and more. 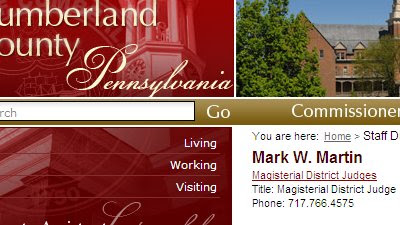 McCarthy summarizes the decision with a powerful conclusion.

...a judge who is an adherent of current American government policy toward Islam — who, for example, sees no conflict between sharia and the federal Constitution, or who thinks fear of Muslim reactionary violence is a good reason to curb the First Amendment — should not have sat on this case, regardless of whether he happened to be a Muslim.

Call Judge Martin and voice your dissatisfaction with his blatant dismissal of the First Amendment. Be polite, but firm. Remind him that this is America, not some third-world hell-hole.

I saw this yesterday and it struck me...Liberal and a Muslim...what a combination our country needs!!!

...btw...I would like to burn a quoran in front of this judge to see what he would do against my Constitutional Rights!

Contacting this "judge" would do no good. Per islamic teachings, it would be seen as coming from an infidel therefore of no more worth than a dog's bark. This needs to be appealed to a higher court that honors the Constitution, not sharia law!

It's past time for being polite and respectful with these pieces of shit. Its time for American citizens to start taking matters into their own hands and tell this piece of shit that if he's smart he'll resign from the bench and if his IQ is firmly in the triple digits he'll follow that up with getting the fuck out of our country.

I have drafted a petition on Change.org to Impeach Magistrate Mark Martin of Pennsylvania. Magistrate Martin appears to have allowed sharia law guide his judgment instead of constitutional law. If you are interested in helping by signing and sharing the petition, then we can all support the Constitution over sharia law.