Take a guess who the leftists and their idiot cousins in media will blame for skyrocketing gas prices: (a) "speculators", (b) "greedy oil companies", (c) "the rich", or (d) Bush. Not President Obama. Not his EPA. Not his Department of Interior. Not the brutal amount of taxes on each gallon of gas (about a dollar a gallon in total taxes versus two cents a gallon in profit for the "greedy oil companies").

Prices rise above $5 for a gallon of premium gas at a Shell station at Olympic Boulevard and Fairfax Avenue in Los Angeles, California... 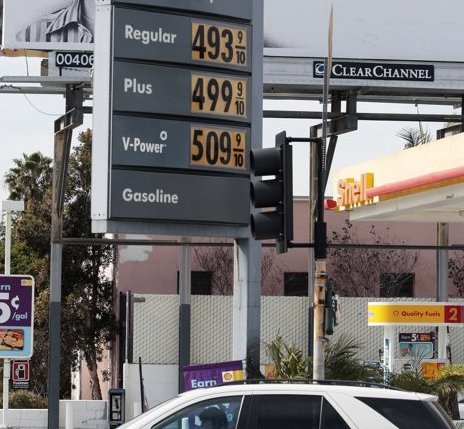 Let's take a look at the price of gas and crude oil since Barack Obama took office in 2009.

Looks to me like Obama's done exactly what he said he'd do.

I guess it's "for the children", though, so it's okay, right?