The Islamist Lobby Silently Infiltrates the Beltway [Dan from NY]

A sobering thought: The legacy media’s decision to protect Obama at all costs means they are willfully keeping the American public in the dark, suppressing vital information and debate about the steady growth of the Islamists’ influence over Obama’s foreign policy and his administration in general. We should thank Heaven for the work-around made possible by the Internet. If we can keep the regulators’ hands off, it may eventually save us. But if Barack Hussein Obama gets another four years to tinker with our nation, gornischt helfen, nothing will save us. 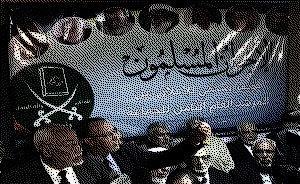 Please take the time to read this very important story written by a courageous Egyptian liberal intellectual about the Islamist and Muslim Brotherhood lobbies in Washington and the Obama Administration's secret collaboration with these pro-terrorist, anti-Western, anti-women, anti-American and anti-Semitic organizations. This is one of the most important articles I have read in years.

It was just revealed two days ago that FBI Director Mueller secretly met on February 8 at FBI headquarters with a coalition of groups including various Islamist and militant Arabic groups who in the past have defended Hamas and Hizballah and have also issued blatantly anti-Semitic statements. At this meeting, the FBI revealed that it had removed more than 1000 presentations and curricula on Islam from FBI offices around the country that was deemed "offensive." The FBI did not reveal what criteria was used to determine why material was considered "offensive" but knowledgeable law enforcement sources have told the IPT that it was these radical groups who made that determination. Moreover, numerous FBI agents have confirmed that from now on, FBI headquarters has banned all FBI offices from inviting any counter-terrorist specialists who are considered "anti-Islam" by Muslim Brotherhood front groups.

The February 8 FBI meeting was the culmination of a series of unpublicized directives issued in the last three months by top FBI officials to all its field offices to immediately recall and withdraw any presentation or curricula on Islam throughout the entire FBI. In fact, according to informed sources and undisclosed documents, the FBI directive was instigated by radical Muslim groups in the US who had repeatedly met with top officials of the Obama Administration to complain, among other things, that the mere usage of the term of "radical Islam" in FBI curricula was "offensive" and 'racist." And thus, directives went out by Attorney General Eric Holder and FBI Director Mueller to censor all such material. Included in the material destroyed or removed by the FBI and the DOJ were powerpoints and articles that defined jihad as "holy war" or presentations that portrayed the Muslim Brotherhood as an organization bent on taking over the world—a major tenant that the Muslim Brotherhood has publicly stated for decades. 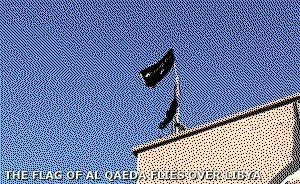 In a continuing effort to address concerns related to inflammatory training material, the Federal Bureau of Investigation (FBI) recently met with community and interfaith organizations to provide an update on steps taken by the agency to rectify the matter. On Wednesday, February 8, the American-Arab Anti-Discrimination Committee (ADC), the Arab American Institute (AAI), Interfaith Alliance, the Islamic Society of North America (ISNA), Muflehun, the Muslim Public Affairs Council (MPAC), the Sikh American Legal Defense and Education Fund (SALDEF), and the Shoulder-to-Shoulder campaign had an opportunity to discuss the matter with the Public Affairs Office of the FBI. Director Robert Mueller joined the meeting to discuss these matters with the representatives from the organizations...

...[Mueller] informed participants that to date, nearly all related FBI training materials ... were reviewed by subject matter experts multiple times. Consequently, more than 700 documents and 300 presentations of material have been deemed unusable by the Bureau and pulled from the training curriculum. Material was pulled from the curriculum if even one component was deemed to 1) include factual errors, 2) be in poor taste, 3) be stereotypical, or 4) lack precision.

According to Essam Abdallah at the Investigative Project on Terrorism, not only is the Islamist lobby stealthily undermining American law enforcement, it is waging war on Arab and Muslim liberals." 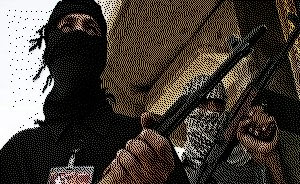 Months into the Arab Spring, we realized that the Western powers, and the Obama Administration have put their support behind the new authoritarians, those who are claiming they will be brought to power via the votes of the people. Well, it is not quite so.

The Muslim Brotherhood, the Islamic Nahda of Tunisia, the Justice Party of Morocco and the Islamist militias in Libya's Transitional National Council have been systematically supported by Washington at the expense of real liberal and secular forces. We saw day by day how the White House guided carefully the statements and the actions of the US and the State Department followed through to give all the chances to the Islamists and almost no chances to the secular and revolutionary youth. We will come back to detail these diplomatic and financial maneuvers which are giving victory to the fundamentalists while the seculars and progressives are going to be smashed by the forthcoming regimes.

Chairman Issa: I think it's time for your committee to subpoena Director Mueller and Attorney General Holder on this topic.