I sense an audit may be in Mr. Gallup's future. That is, if there is a Mr. Gallup.

Unemployment in the U.S. rose to nine percent in mid-February, up from 8.3 percent a month earlier, according to a new Gallup survey... "The U.S. unemployment rate, as measured by Gallup without seasonal adjustment, is 9.0% in mid-February," Gallup said in its mid-month unemployment survey, released on February 17. "The mid-month reading normally reflects what the U.S. government reports for the entire month, and is up from 8.3% in mid-January."

America really did get Obama's Stimulus package, if you know what I mean.

Real unemployment, including underemployment and discouraged workers, rose to 19%. 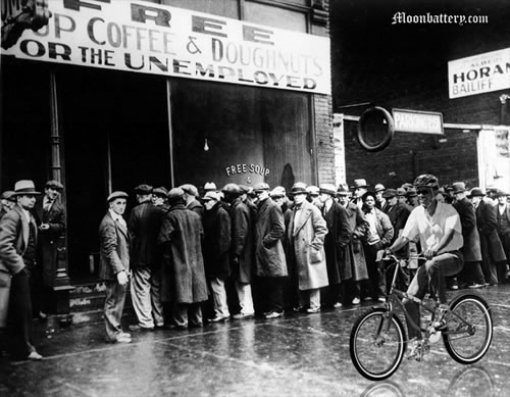 This [Gallup statement] seems like an odd thing to say in a report:

"Regardless of what the government reports, Gallup’s unemployment and underemployment measures show a sharp deterioration in job market conditions since mid-January."

Does Gallup have suspicions that the government won't report the rise?

That seems so... out of character for the most transparent administration ever.