If Obama gets reelected, "the Second Amendment is finished"

Facts, history and logic never get in the way of a liberal:

While 49 other states have ratified Concealed Carry laws, Illinois is diligently working to track and punish their own citizens for exercising their Constitutional rights. If Chicago Mayor Rahm Emanuel has his way, gun owners will not only be tracked in the same manner as sex offenders, but will be slapped with a repeating $65 fee…for each gun.

According to the Chicago Sun Times,

Emanuel’s proposal would require all handgun owners to obtain a certificate of registration from the State Police for every handgun they own — at a cost of $65-per-weapon — and to renew that registration every five years.

They would be required to provide: their name, address and telephone number; the manufacturer of the gun, its model type and serial number; and the date and source of the purchase.

Whenever a handgun is sold, the seller would be required to report the sale to the State Police “no less than 48 hours prior to delivery.” Handgun buyers would have 20 days to file for a new certificate of registration. Anyone caught carrying or possessing an unregistered handgun would face a Class 2 felony.

If gun owners cannot afford to pay the $65 fee for each gun they must turn their guns in to local law enforcement for destruction. Punishment for not complying is a Class 2 Felony. How unfortunate for the rest of the good people of Illinois to have the scourge of Chicago in their state. And this fresh on the heels of signing a check for $399,950 to the Second Amendment Foundation after the U.S. Supreme Court overturned Chicago’s ban on handguns…because it was unconstitutional.

How does this apply to the rest of the country? As the NRA's Wayne LaPierre warned last week, Obama's former chief of staff Emanuel is simply setting a template for the president should he be reelected. 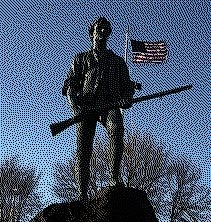 A top official with the National Rifle Association said Friday that President Obama will move to "destroy" gun rights and "erase" the Second Amendment if he is re-elected in November...

..."We see the president's strategy crystal clear: Get re-elected and, with no more elections to worry about, get busy dismantling and destroying our firearms' freedom, erase the Second Amendment from the Bill of Rights and excise it from the U.S. Constitution."

Mr. LaPierre said the president's two Supreme Court appointees — Sonia Sotomayor and Elena Kagan— are "two of the most rabid anti-gun justices in history." He also accused Justice Ruth Bader Ginsburg of being a foe of gun rights.

And with the possibility of two or more Supreme Court justice positions opening during the next four years, the NRA official warned that gun ownership would be in jeopardy if Mr. Obama stays in office... "If we get one more like those three, the Second Amendment is finished..."

It's not about gun control, it's about government control over you, the individual.

at 11:28 AM
Email ThisBlogThis!Share to TwitterShare to FacebookShare to Pinterest
Labels: Crime, Democrats, Firearms, Obama

Yet and still, some idiots insist that if "their" candidate doesn't get nominated, they'll not vote at all in 2012. They are men of "principle" you see, and don't admit that politics is about the best choice from 2 options, not getting exactly what you want.
These men of principles will stand on those principles all the way to the concentration camps. The reason Obama MUST NOT be reelected is indeed because of his ability to nominate justices to the Supreme Court. Remember? All the 2A judgments that have come down all won only by one vote- and when the court is packed with flaming liberal statists (which is an Obama GUARANTEE) the next case will determine that the 2A is actually NOT an individual right.
When that happens (and if O is reelected it absolutely WILL) I'll not be in the mood to hear the plaintive wails of these "principled men of conscience"...
As much fun as it is to play holier than thou their hands will be clean only in their heads.

unlike your anonymous commenter -- who is apparently afraid to commit an act of violence unless he is behind a curtain, and need only do it on paper -- i am not intimidated by the problems which, admittedly, are soon going to be very real for illinois' citizens.

if this is NRA advertising these days, then i am glad i joined GOA instead.