Is it Too Late For Israel to Save America? [Dan from NY]

I know, I know, this is self-serving Israeli hyperbole aimed at stampeding America into a war with Iran. But what if... it isn’t?

Israel: Iran will have U.S.-range missile in 2-3 years

JERUSALEM (Reuters) - Israel believes that within 2-3 years Iran will have intercontinental missiles able to hit the United States, an Israeli minister said in remarks aimed at raising awareness of the threat it believes a nuclear Iran would pose to the world. Analysts now estimate the longest range of an Iranian missile to be about 2,400 km (1,500 miles), capable of reaching Tehran's arch-enemy Israel as well as Europe. 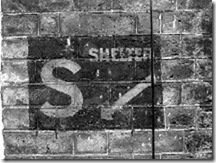 ...Finance Minister Yuval Steinitz's assessment, in an interview with CNBC, was in line with an unclassified U.S. Defense Department report in 2010 that estimated Iran may be able to build a U.S.-range missile by 2015. "They (the Iranians) are working now and investing a lot of billions of dollars in order to develop intercontinental ballistic missiles," said Steinitz, a former chairman of the Israeli parliament's foreign affairs and defense committee.

"And we estimate that in two to three years they will have the first intercontinental ballistic missiles that can reach the east coast of America. So their aim is to put a direct nuclear ballistic threat ... to Europe and to the United States of America," he said in English.

Israeli intelligence services keep a close eye on Iran, whose nuclear program Israelis see as a mortal threat, and are widely believed to have been behind a series of assassinations of Iranian nuclear scientists. Israel also has spy satellites.

Steinitz's remarks coincided with stepped up U.S. efforts to persuade Israeli leaders that there is still time for diplomacy to keep Tehran from building a nuclear weapon and growing concerns Israel might opt to strike Iran pre-emptively. Three weeks ago, Israeli Vice Prime Minister Moshe Yaalon said Iran had been working on developing a missile capable of striking the United States at a military base rocked by an explosion that killed 17 Iranian troops in November.

Yaalon, who is also minister of strategic affairs, said the base was a research and development facility where Iran was preparing to produce or develop a missile with a range of 10,000 km (6,000 miles).

In related news, it seems that the Obama administration has denied an entry visa to a member of the Israeli parliament over a supposed link to terrorist group. 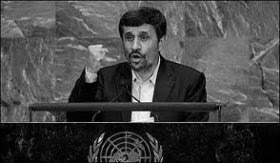 [The] Knesset Speaker Reuven Rivlin ... sent an angry letter to U.S. ambassador Dan Shapiro, saying it was unacceptable for a Knesset member to be banned from the United States and urging him to reconsider...

Ben Ari said he found it strange that a country which has granted visas to both Iranian President Mahmoud Ahmadinejad and Palestinian Authority President Mahmoud Abbas (who was involved for decades in PLO terror) should bar him "on the grounds that I'm a terrorist."

Just the obumbler admin. testing the water to see if they can keep out any repubs trying to get back in after an overseas vacay

Gee, it's almost as if Barry and Achmi are in cahoots. Good thing for western civilization Bibi has a big pair.