19 American hostages are being held by the new Islamist government in Egypt and to read the funny papers, you'd never know it. 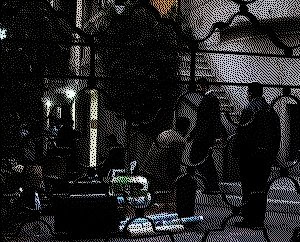 Nineteen American citizens working for well-known and well-established nonprofit groups are being held on trumped-up charges that they tried to destabilize Egypt. Their offices were raided in late December, some are holed up in the U.S. embassy and all of them have been barred from flying out of Egypt... December is when Congress passed a number of conditions for aid to the Egyptian military, including proving a “commitment to Egypt’s peace treaty with Israel, progress toward democratic reforms, and the protection of free expression, association and religion.” Not only are the last two of those conditions not being met by Egypt, but Time adds that Cairo’s case against the Americans is “propagated by the military-led regime.”

That’s also an important part of the story. To its credit, the Egyptian military played a key role in persuading Mubarak to cede power, and in preventing Egypt from careening into chaos. The Egyptian military is now trying to serve as something of a referee/power broker/king-maker. Up until this crisis, Washington recognized that while having the Egyptian military in charge is not ideal, it may be necessary to hold the political pieces together in Egypt. But if this is how the “responsible” parties in post-Mubarak Egypt are going to treat Americans, then it’s time to reevaluate everything about this interests-based relationship. Hopefully, Joint Chiefs Chairman Martin Dempsey is conveying that very message in his talks in Cairo...

Performing a Google News search on this topic will provide you with stories from Commentary, FrontPage, AllAfrica, The Foundry (the Heritage Foundation's blog), Tablet (a Jewish news magazine), IOL News (South Africa), and even the New Republic.

And what does David Gregory on Meet the Press want to discuss with House Budget Chairman Paul Ryan? 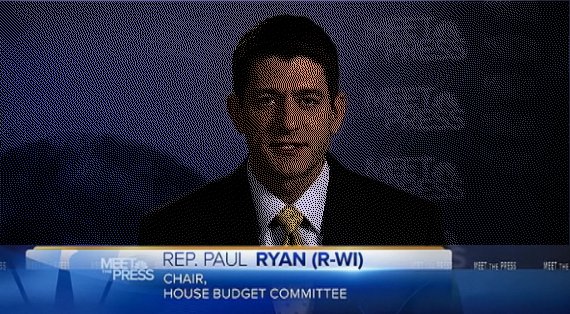 Not the disastrous spike in gas prices thanks to Obama's policies of shutting off access to America's vast natural treasure trove of energy.

Not the deficit disaster awaiting America.

No, the pencil-necked liberal hack wants to talk about... contraception.

I guess Gregory earned himself another hard-hitting, one-on-one interview with The One.