I'd have loved to have heard the shrieks of indignation coming from The New York Times and the rest of the leftist infrastructure had John Ashcroft and other Bush administration officials engaged in this kind of egregious behavior.

The Department of Homeland Security (DHS) has been paying a defense contractor $11.4 million to monitor social media websites and other Internet communications to find criticisms of the department’s policies and actions. 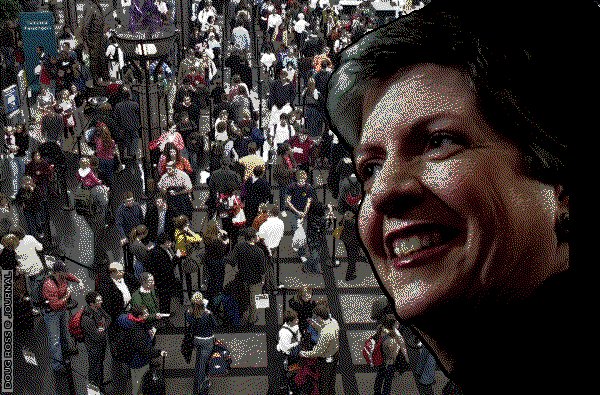 A government watchdog organization, the Electronic Privacy Information Center (EPIC), obtained hundreds of documents from DHS through the Freedom of Information Act and found details of the arrangement with General Dynamics. The company was contracted to monitor the Web for “reports that reflect adversely on DHS,” including sub-agencies like the Federal Emergency Management Agency, Citizenship and Immigration Services, Customs and Border Protection and Immigration and Customs Enforcement.

In testimony submitted to the House Subcommittee on Counterterrorism and Intelligence, Ginger McCall, director of EPIC’s Open Government Project, stated that “the agency is monitoring constantly, under very broad search terms, and is not limiting that monitoring to events or activities related to natural disasters, acts of terrorism, or manmade disasters…. The DHS has no legal authority to engage in this monitoring.”

McCall added: “This has a profound effect on free speech online if you feel like a government law enforcement agency—particularly the Department of Homeland Security, which is supposed to look for terrorists—is monitoring your criticism, your dissent, of the government.”

Rest assured that our beloved, baritone DHS secretary -- and her ostensible boss, Eric "Fast 'n' Furious" Holder -- would never, ever use this kind of information to go after private citizens. They're just doing research.

As far as you know.

Consider this reason number 43,263 to kick this administration's ample rear out of office in November.


Update: PrairiePundit writes: "This may explain my jump in hits."

It looks like the Downgrade Regime will not abide any criticism of itself and is perfectly willing to use your money to hunt you down if you do it.

Tell you what dhs...read between the lines...as he holds up 3 fingers...

The 2012 election
Stop Obama or GestapObama, the choice is yours.