Even assuming electric cars worked effectively (which they don't), the eco-tards' whiny shrieks for plug-in vehicles make, oh, about as much sense as the rest of their agenda.

Electric cars are often assumed to be better for the environment and therefore better for public health.

A study by the University of Tennessee of electric vehicles in China, however, found that when you factor in where and how the energy for those vehicles is produced, the result is actually worse for public health when compared to gas-powered cars... 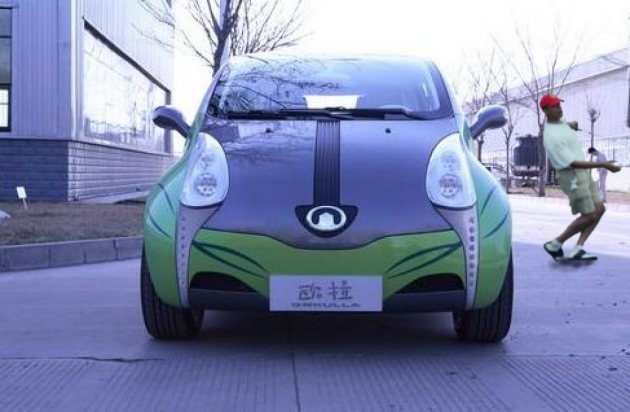 ...According to new research from the University of Tennessee, electric cars in China have had an overall worse impact on the public health with regard to releasing particulate matter compared to those guzzling gas. The research conducted by Chris Cherry, assistant professor in civil and environmental engineering, and graduate student Shuguang Ji, evaluated 34 major Chinese cities where electric vehicles, including bikes, outnumber conventional vehicles 2:1. Their research states that the number of electric cars have grown to more than 100 million in the country in the last decade...

...Cherry says his study clearly shows that electric vehicles aren’t the zero-emission savior many expect them to be... “I think electric vehicles have a lot of promise, but I’m not an evangelist,” he says. “There are these electric cars out there touting themselves as being emission free, but you and I both know that’s not true.”

Oh, and don't assume the researchers are just talking about China. While they didn't study the U.S. directly, a huge portion of our electricity is produced by coal. Therefore, it's safe to say that we have many of the same challenges.

Here in the US, we run our coal plans much more efficiently, with better coal, and with all kinds of mandated scrubbers. This analysis was already done for the US and it determined that an electric car emitted about 1/4 the badness at the coal-plant than a similar gasoline/ethanol car does.

Of course, what it really means is that we should switch to nuclear power for the electric grid as soon as possible.