Photo Sequence: Ryan Seacrest Gets Doused in Ashes by the Dictator

Think what you want about Sacha Baron Cohen, but the man knows how to market himself. Initially banned from attending the Academy Awards in costume, Cohen was later granted permission to stroll down the Red Carpet. 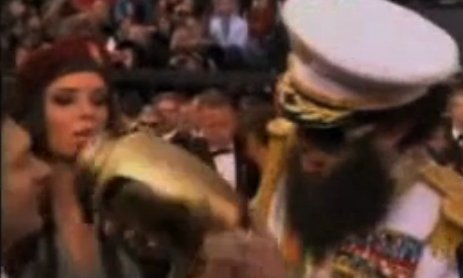 Interviewed while portraying the character from his forthcoming movie The Dictator, Cohen "accidentally" spilled the ashes of Kim Jong-Il all over Ryan Seacrest. 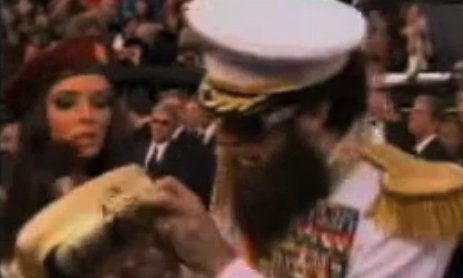 Turns out that that Kim had always wanted to visit the Red Carpet. 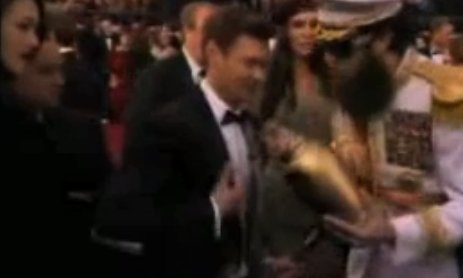 Cohen closed the sequence with a prepared punchline to Seacrest, delivered in a stilted accent: "Now, Brian, when someone asks what you're wearing, you can tell them Kim Jong-Il!"

at 8:04 PM
Email ThisBlogThis!Share to TwitterShare to FacebookShare to Pinterest
Labels: Hollywood

SBC is hilarious and I am definitely going to see this movie. heck, BHO could star in this one, it's right up his tyrannical alley.

This turd is about as funny as eddie murphys foul mouth was...as in NOT