No spin at all: how the AP reports Obama's hostage crisis in Egypt

My, doesn't the Associated Press bring an even hand to this story?

Official: US seeks end to Egypt NGO case in days

RABAT, Morocco (AP) -- A senior U.S. official says the Obama administration is in "intense discussions" with Egypt to resolve the legal case against 16 American democracy advocates that has badly damaged ties between the countries "in the coming days" 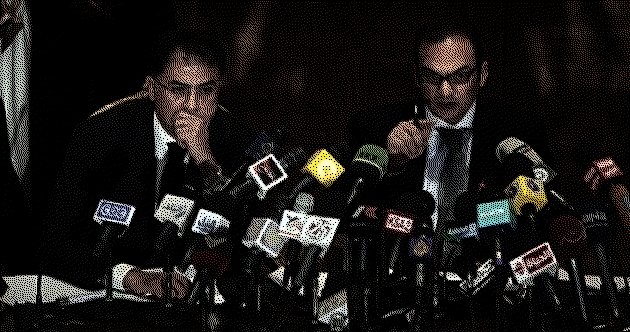 The official, speaking to reporters on condition of anonymity due to the delicacy of the matter, said Saturday that Secretary of State Hillary Rodham Clinton had raised the matter twice in person with Egypt's foreign minister - once in London and once in Tunis - in the past three days and that other senior U.S. officials are actively involved.

The administration has been calling for the case to be resolved for weeks in a manner that allows seven of the implicated Americans who have been barred from leaving to leave the country.

Please note that the words "hostages", "crisis", "Carter", and "SCOAMF" were carefully omitted from the AP's crack reportage.

Which is why Americans regard the Associated Press with roughly the same level of disdain as they had for Pravda during the Nikita Khrushchev era.

Wrong on the last comment about how some Americans think the press here is on par with Pravda of Krushchev's time.

I'd say the press here was far worse. Everyone knew what Pravda was but here, there is the continuing attempt at subterfuge by the MSM to falsely represent themselves as unbiased news purveyors.

By the time Kruschev reigned, there was no one that stupid in the USSR that didn't know that Pravda was a joke. Here, far too many people still can't completely get away from thinking that NBC et al are fair arbiters and not Obama's henchmen.

@Mo
Absolutely! Some of my lib friends routinely quote MSM hacks that call themselves "conservative" when attempting to defend the SCOAMF in conversation. The Progressives have really done quite a job on our education system. (BASTARDS)