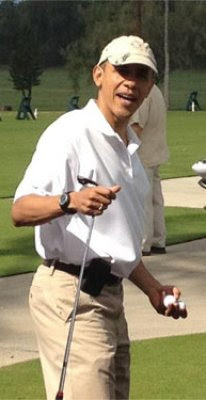 Occupiers foreclose on Wells Fargo’s CEO, auction off his home: Zombie
The Brazen Hypocrisy of the Teachers Unions: Publius
Starting an online store in Greece is no easy business: Ekathimerini

Q: What do Bill O’Reilly and Nancy Pelosi have in common?: ProWis
Bill to Destroy California Businesses Introduced in Senate: Mish
Animation: America's Metamorphosis To A Welfare State: ZH

Unbelievable, NATO Agrees to Prosecute “Perpetrators” of Koran Burning?: VS
Christians Stoned by Muslim Mob at Temple Mount, Media Silent: Creeping
No One is Safe under Islamist Regimes -- not even Muslims: AT

QOTD: "This perversion of rights is killing the Western world. First, unlike real rights — to freedom of speech and freedom of religion — these new freedoms come with quite a price tag. All the free stuff is free in the sense of those offers that begin “You pay nothing now!” But you will eventually. No nation is rich enough to give you all this “free” stuff year in, year out. Spain’s government debt works out to $18,000 per person, France’s to $33,000, Greece’s to $39,000. Thank God we’re not Greece, huh? Er, in fact, according to the Senate Budget Committee, U.S. government debt is currently $44,215 per person. Going by the official Obama budget numbers, it will rise over the next ten years to $75,000. As I say, that’s per person: 75 grand in debt for every man, woman, and child, not to mention every one of the ever-swelling ranks of retirees and disabled Social Security recipients — or about $200,000 per household." --Mark Steyn

BREAKING: CNN: MICHIGAN DEMOCRATS WILL CROSSOVER AND VOTE FOR SANTORUM TO HURT ROMNEY AND HELP OBAMA


It's no secret that most Democratic strategists consider Mitt Romney the GOP contender who poses the biggest threat to President Obama. It's also no secret that Michigan, the state where Romney grew up, is a must win for him.
Combine those two dynamics, add in the fact that any registered voter is allowed to vote in Michigan's open primary, and you get a recipe for Democrats to make mischief.
Michigan Democratic strategist Joe DiSano ... says he targeted nearly 50,000 Democratic voters in Michigan through email and a robo call to their homes, asking them to go to the polls Tuesday to vote for Rick Santorum in attempt to hurt Romney.

DEMOCRATS AGREE WITH WHAT I'VE BEEN POSTING FOR A FEW WEEKS:

A VOTE FOR SANTORUM NOW IS A VOTE FOR OBAMA IN THE FALL.


IF SANTORUM BEATS MITT IN MICHIGAN, THEN WE KNOW THAT THE CHICAGO MACHINE'S GIFT OF THE GM TO THE UAW PAID OFF!


THIS IS THE REAL REASON OBAMA IS RUNNING A LOT OF TV ADS IN MICHIGAN PROMOTING THE GM BAILOUT: TO MOTIVATE UAW FOLKS TO GO OUT AND VOTE SANTORUM!


UPDATE: SANTORUM IS ACTIVELY ROBOCALLING DEMOCRAT UNION VOTERS TO BEAT ROMNEY - VOTES HE COULD NEVER HOLD ONTO IN THE FALL


SANTORUM IS A PIECE OF SHIT.
Posted by Reliapundit at 6:59 PM

@RP - I assume, no matter what, that you will vote for the GOP candidate whomever he is, correct?

I mean, aside from the crackpot Ron Paul.

Or is only Romney allowed to use underhanded tactics?