Now Egypt wants a prisoner swap: will legacy media finally report that we have a HOSTAGE FREAKING CRISIS?

Shades of Jimmy Carter. For 30 years. while Mubarak was running things, Egypt considered us an ally. Now, almost overnight, the new Muslim Brotherhood regime sees us as infidels. How can we ever thank you, Mr. Obama? 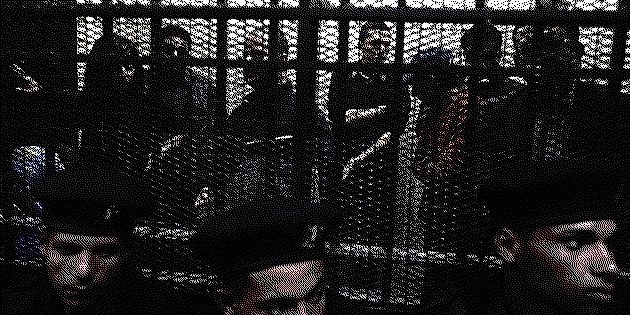 The Egyptian government began taking steps to respond with the American offer to release 50 Egyptians being held in American prisons–including Shaykh ‘Umar ‘Abd-al-Rahman—in exchange for the release of 19 Americans accused in the case of foreign funding of civil society organizations. This is according to what was confirmed by Major General Muhammad Hani Zahir, an expert in military studies and international counterterrorism.

Zahir in comments to the newspaper ‘al-Masriyun’ said it was necessary for Egypt to exploit America’s weak position, especially after condemning its citizens in cases affecting Egyptian sovereignty over its territory. He added that Egypt should not permit this exchange to take place unless the American administration agrees to release more than 500 Egyptians being held in American prisons, of whom the Egyptian foreign ministry knows nothing.

If the crux of this story is accurate, it will represent a modern variant of capitulation to the anti-modern dictates of jihad warfare. Jihad, this ancient, but vibrant Islamic institution grounded upon hatred of the non-Muslim infidel, has long used captured infidels—including, prominently, non-combatants seized as “booty” during endless, unprovoked incursions into the lands of the infidel—to ransom in exchange for captured murderous jihadists.

I wonder how bad business has to get for legacy media to start actually reporting the news?

Or is that now the responsibility of the blogosphere?

I think you've got this wrong. Research these NGOs. You'll find Soros and international labor unions (Socialists) involved. Code Pink even made a visit to Egypt last year.
http://bigpeace.com/taylorking/2011/02/03/obama-code-pink-and-egypt-there-are-no-coincidences-in-politics/

The military in Egypt is probably the sane group. I think I find myself on their side.

So it's really not a hostage situation.

I had to read the story 3 times, as I could not believe it. My how far we've fallen.
Then I read Alz comment. Now, I'm thinking Alz is correct. Nothing is as presented by the Obamunists. Every action is a subterfuge.
Hell, I think the Egyptians have Ray LaHood's kid. A cabinet members kid. While I first thought the Obamunists would have no problem sacrificing the kid on the alter of transnational progressivism, I can now see the setup more clearly. Classic top down bottom up insurgency against American interests. The top down is easy to spot. The bottom up, always manufactured in community organizer fashion, is more difficult to spot as it is always so nefarious.
This regime is a clear and present danger to the United States in every way shape and form.